Long gone are the days when the citizens of Delhi were connected to the Yamuna River. This ambitious project aims to change that

Try Out a Tiny Home in Amsterdam 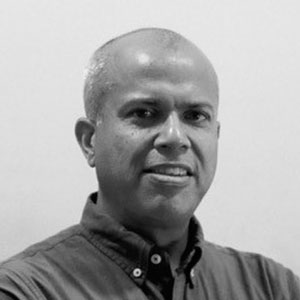 The Yamuna River Project (YRP) aims to help the city of New Delhi and its citizens reimagine and transform the polluted Yamuna River as it flows through India’s capital. As one of the most rapidly developing megacities in the world, New Delhi confronts challenges in planning, urban design, and social equity. These limitations are emerging at a time of economic uncertainty and ecological fragility. As a result, the citizens of the world’s largest democracy live amidst unprecedented environmental degradation.

Existing governance structures have been hard pressed to keep up with the pace of the rapidly evolving dynamics of climate change. Toxic air and septic waters are simply collateral damage in this circumstance. Overburdened public health systems are fraying as more citizens are exposed to the adverse consequences of environmental ills in daily life. Millions continue to suffer, often silently, as they inhabit, without recourse, these imperfect urbanities.

The Yamuna River Project confronts the dilemmas of Delhi’s urban reality, with an analytical, multi-disciplinary, research-based methodology. This approach facilitates a dynamic collaboration between the intellectual speculations generated within an academic environment and their practical application for a range of knowledge partners governing the city, including municipal authorities, political leaders, and non-governmental organizations.

The Yamuna River–a living ecological entity with her own seasonal cycle of flow, complex hydraulics, and shifting floodplain territory–has existed as a significant geographic presence within the northern Indian landscape. In myth and in religion, in prose and poetry, the Yamuna has been immortalized as a primordial Goddess, constituting the agricultural lifeline of the many settlements preceding present day Delhi. Delhi and the Yamuna were once conjoined. Even today, the sandstone walls of Mughal era monuments abutting the floodplain reveal watermarks of the Yamuna. But all this is in the past. Long gone are the days when the citizens of Delhi swam, fished, and strolled freely on the banks of the Yamuna.

In this age, characterized by geologists as the Anthropocene –when patterns of human settlement are significant influencing forces on environment and climate–urban populations in many megacities have far exceeded the carrying capacity of their designed infrastructure. This is the case in New Delhi, and as a result the Yamuna has been reduced to a sewage drain, absent both from the urban landscape and from the public imagination. Urban development justified in the name of civic prosperity is often misleadingly defined in opposition to environmental security. In the hardscrabble urbanity of the present India megacity, there is little room for the ecologically sacred.

At the Wazirabad barrage, the Yamuna’s water is diverted to quench the capital city’s insatiable thirst. Just after this Barrage, the Najafgarh Drain–formerly the perennial Sahibi River–provides the only flow to the Yamuna, bringing with it 60% of the river’s total pollution load.

Comprising of untreated sewerage, solid waste, industrial and chemical effluent, and urban detritus, the flow of the Najafgarh drain depletes the water of all oxygen content, rendering it incapable of supporting any form of life.

The quality of the water is not the root cause of this problem. Billions of dollars have been invested in large water-based infrastructure projects, without achieving any substantial success in cleaning the river. Polluted water is the consequence of the last 50 years of largely unplanned growth. Delhi’s citizens are completely detached from their river, and part of a larger detachment from the formerly shared consciousness of public space, from the concept of a ‘commons’. This detachment is the underlying cause of Delhi’s environmental dilemma. The Yamuna river, perceived as an incarnate Goddess, is incapable of supporting physical life.

India faces the consequences of climate change on enormous scale, with monsoon floods killing thousands of people every year, and causing significant damage to urban infrastructure, ruining lives and livelihoods. The consequences of a one hundred-year flood event–likely to occur more frequently with increasing global warming–will be devastating.

Through a series of public research exhibitions and symposiums in India, the Yamuna River Project has garnered direct public support in New Delhi. The Delhi Government has begun to take steps towards the restoration of the Yamuna by consolidating a few of the multiple municipal agencies that deal with water, flood control, irrigation, and environment, under a single-point leadership structure, hoping to streamline decision making. Most significantly, the Ministry of Water Resources is considering the empowerment of a Yamuna River Development Authority – a single nodal agency responsible for all matters pertaining to the river and its urban interface.

The dilemmas of New Delhi–a critical level of air and water pollution, scarcity of affordable housing, acute shortage of community space, are not radically different from the dysfunction of some European or North American river cities only a few decades ago. The remedy for New Delhi’s defiled Yamuna, will need to holistically address the causes of pollution, and redress the inequality within the city. The Yamuna River Project seeks to foster this change. We recognize a basic fact of the Anthropocene era–the cities that we design and make now, are the cities that we shall inhabit in the future. We equate social prosperity with ecological stewardship.

We are optimistic that restorative opportunities are latent in the neglected space of interaction between River and City. What if the Yamuna River floodplain is reimagined as an urban nucleus, situating the capital city within its riparian ecology? In this sense, the Yamuna River Project defines a sanctuary within a megacity. The new reality of the Yamuna River would, once again, be tethered to an awareness of the sacred, celebrated in image and in song. In a world where we have vanquished nature, the river city relationship would be an inseparable ethical identity. The citizens of the city would make a commitment to nourish the river–making her sacred again–and New Delhi would forge another identity, a commitment to a new ecology.