‘Urban Recipes’ for a Fairer City

The Role of Tourism in Sustainable Growth 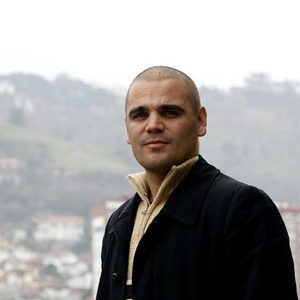 Have any of you read or do you know the Citizens Participation law in your country or region? Probably not.

Well, that is where the problem starts, normally even the best prepared citizens know nothing of these matters. People talk a lot about rights but they don’t really know what mechanisms exist to intervene in the process of designing, building and managing their urban environment. I suppose they think this is down to architects, and that is where I come in, but in a radically different way to conventional practices.

Many professional studios bid for city-building tenders in which the use, volume, location, budget and political context in which the project is to be constructed are already pre-designed. Almost everything has already been decided; all that remains is a battle between the architects to see if complex volumes, fluid forms or pixelated gherkins are more in vogue at that precise moment.

This is not a criticism of the battle: the city, as we know, is a commercial product and a generator of social differences that requires a constant struggle towards equality. But it is about proposing other strategies, even from the authorities, towards a fairer city.

I am especially interested in the experiences that have been generated through self-organisation, those which have supplanted the state because at the moment of need it did not provide solutions, even though it eventually ends up collaborating.

The Ayuda Mutua cooperative in Uruguay, a social organisation to build housing and community facilities, is perhaps the most efficient I have come across. Having existed for 50 years, it is a source of pride for the families or people who belong to the cooperative, for those who self-built their own home, community or neighbourhood. It is curious that this model has been followed and praised by many other countries, including places as far away as Sweden, where, similarly, in the 1970s the self-built children’s playgrounds gave value to childhood creativity, although nowadays their design is more contingent upon complying with fierce regulations.

My more than 20 years of architectonic and social interventions and constructions have consisted of swift, immediate and necessary actions to defend something or to provide a small solution to a problem. This has trained me for the big, long-term battles. From occupying plots of land, housing on rooftops, work with containers, illegal phone booths, cutting concrete for plantations, spontaneous gardens… to self-construction of schools, social facilities and housing.

One could say there are three intervention strategies. One is the practice of alegal architecture, in which a project is developed thanks to a legal loophole, an absence of regulation or a lack of a precise definition within a legal framework. This can provide an incentive for legal change for subsequent legality and the creation of a better legal support framework, or serve as a transitory situation.

The less elegant but often more efficient version is illegal architecture. With this strategy, the projects directly assume the illegality, as certain changes demanded by communities are not contemplated within the law. This may be considered an act of civil disobedience or simply an emergency solution in the face of a need which cannot wait for the pace of the authorities or of legal changes, and which jeopardises the stability of a community.

The third route is legal architecture, which we have tried to fulfil innumerable times.

This is the case of our latest project, which I will talk about next, situated in an informal settlement and with a highly complex legalisable situation.

The Case of Cañada Real

To show that we are capable of making an exception, this proposal actually came about through a public tender, in this case to create the Intercultural Social-Community Centre in Cañada Real. This facility, the result of a territorial pact between the Community of Madrid and Madrid City Council, who have come together because of the emergency that the intervention in Cañada represents, aims to resolve the issue with a public tender that has failed on two occasions. Third time round, and with a technical specification contract containing hardly any social clauses, our studio – Recetas Urbanas – made a bid with the experience and hope of involving and taking care of the greatest number of direct and indirect users of this new social facility.

In just five months, over 1200 people – including 600 minors, 17 social organisations, a penitentiary centre and three universities – were involved in self-building the centre, a fact which is the result of the studio’s efforts and experience, having worked directly with marginalised groups for over 15 years. Moreover, all the social clauses that this methodology implements (such as support practices and social inclusion for minorities, etc.) – and which I repeat were not included in the technical specification – make it much more surprising and risky.

This is why we continue to remind the changing authorities that they will always be limited to working with all the human difference that fills and lives in their cities. Our professional and political position will reside in solving problems that normally come from neglected communities, but of course we will also continue our relationship with institutions to improve the regulations and public tools for creating cities.