Toys Shape Us, We Shape the World

Far more than cute, design for children expresses our values, beliefs and hopes for the future

How Architecture Learns from Children 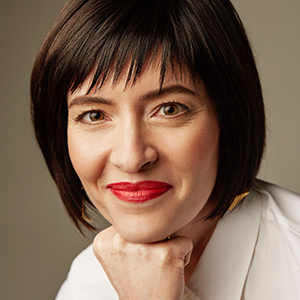 While design for children has long been overlooked, it tells us much about how we define ourselves and who we want to claim ourselves to be. A look back at the 20th century reveals that children have repeatedly served as an important source of social and aesthetic renewal, and as model citizens of tomorrow. At the beginning of the century, improvements in child labour laws suddenly afforded children more time to play, and sparked interest in how to meet their needs. Similarly, in the aftermath of World War II, the child’s place within the new modern city became an important (and uplifting) consideration as part of the reconstruction efforts in Europe and beyond. Indeed, much of the broader design history of the 20th century can be traced through the developments in its output for children.

“Toys are not really as innocent as they look,” affirmed the pioneering mid-century designer, Charles Eames; “Toys and games are the preludes to serious ideas.”  The objects with which we surround children become central to their experience and perception of the world. Frank Lloyd Wright claimed that the wood blocks that he played with in kindergarten sparked the start of his development as an architect. Similarly, the renowned 20th-century futurist and visionary, Buckminster Fuller, traced his invention of the geodesic dome back to the structures he would create out of peas and toothpicks as a child.

Many of the 20th century’s most celebrated designers turned their attention to the youngest among us. Gerrit Rietveld, Charles and Ray Eames, Marcel Breuer, Jean Prouvé, Alvar Aalto, Philippe Starck, Marc Newson, Kengo Kuma and Marcel Wanders have all created exceptional designs for children. Similarly, the design field is peppered with lesser known names that deserve greater recognition. For example, the delightfully whimsical Czech designer Libuše Niklova, whose pioneering plastic toys of the 1970s shifted perceptions of the then new material. Or the graphic designer Fredun Shapur, who created playthings from the 1960s to the 1980s that both challenged a child’s agency and appealed to their parents’ aesthetic tastes. The wonderful wooden menageries of Kay Bojesen, a Danish silversmith whose mid-century toy animals have become national icons and favourite accessories of children and adults alike. There is a wealth of wonderful designs to be discovered beyond the garishness of today’s typical big-box store toy shelves.

The central role of children’s objects in the design narrative is also evident through the role that children’s furniture and products have played as testing ground for prototypes and technological advancements, albeit at a smaller scale. The Eames’s Child’s Chair of 1944 marked the couple’s first attempt to fabricate their iconic bent plywood furniture in larger quantities. As such it paved the way for the now ubiquitous lounge chairs they have become known for. Twenty years later Marco Zanuso and Richard Sapper would again revolutionize chair design with the K 1340 Children’s Chair, the first piece of furniture made entirely of injection-molded plastic. Produced by Kartell, this lightweight, durable and easily cleaned chair was one of the early designs responsible for convincing people that plastic was an appropriate material for the modern home.

To dismiss design for children as saccharine or frivolous is to overlook its significant potential and power. As children are often the nexus on our views of how to shape the world of tomorrow, the environments and objects that we design for them—and how they shift over time—become powerful markers of our evolving values. In a world that is changing ever more rapidly, how are we preparing our children for a future that we cannot predict?

On the current season of the Netflix documentary series “Abstract: The Art of Design”, we see Cas Holman—designer, educator and creator of objects for play—pondering this very question. Holman’s award-winning “tools for imagination,” as she describes them, are carefully crafted, interactive, gender neutral, and open-ended. The Rigamajig, one of her most successful creations, is a large-scale wooden building kit that she calls “a glorified pile of construction debris.”  While it comes with no instructions, the weight and size of its wooden planks, wheels and pulleys encourage kids to collaborate as they build. “The reason I design for children is I’m designing for people,” says Holman; “Good toys make good people.”

Holman sees a correlation between the way we educate our kids and the options for play with which we surround them. Our “learn to the test” culture that values right answers over exploration and daydreaming encourages children to seek similar experiences in play. This favors toys with instructions, rules and specific terms for success.

Digital technology and games reaffirm our desire for extrinsic motivation and quick rewards. But does this kind of thinking serve us well in the longer term? Does it prepare children to think dynamically and seek their own solutions? “I see my role in the market as balancing what the toy industry has decided to offer kids,” Holman explains. Holman’s efforts—and Netflix’s choice to feature her as one of six designers in their second season—is a step in the right direction. It is high time that we take design for children out of the shadows and treat it with the importance it deserves. Shaping the world of tomorrow begins with the thoughtful shaping of the objects that will shape the brains of tomorrow.