Towards a Simpler Future

Is it time to stop searching for the latest materials and recognize the relevance of those that we’ve known for centuries? 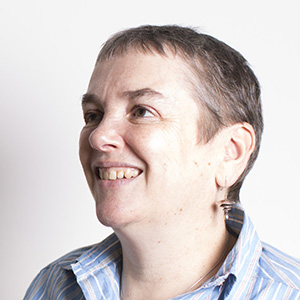 The history of architecture over the past century has involved a constant quest for novelty, not just in form but also in materials. But has the time come when we should start finding that novelty is not, paradoxically, in the new but in the traditional?

This may seem irrational at a time when we have so many new technological approaches—BIM, digital twins, computer-aided manufacturing to name a few—but one need not exclude the other. New methods of calculation can give fresh life to these traditional materials.

Why are they coming back? Largely this is because of environmental concerns. As our buildings become more energy efficient in use, so the significance of the embodied energy grows. This is not just the energy that goes into making, transporting and delivering the components of a new building. It is also the energy that is used in replacing elements as they wear out throughout the building’s life. At the end of life, all this embodied energy is just thrown away unless the building finds a new use, or at least the elements are reused.

This is why traditional materials are becoming so attractive. Recently an article in The Architects’ Journal compared Rome’s ancient Baths of Caracalla with a proposal for a new headquarters for retailer Marks & Spencer in central London. The baths operated for more than 300 years. They are now ruins but not only because they fell into disuse: their stones were “mined” for use in a number of churches, including St. Peter’s Basilica. And although some of the most elaborate stones were sourced from Egypt, the bulk of the material came from less than 20 km away. Heat for the construction work came from renewable biomass, and most of the labor relied on human or animal power.

No modern building matches the baths for its low environmental impact, and clearly we are not going to use slaves to construct our buildings. But architects are showing that other lessons are worth learning. London-based architect studio Groupwork used load-bearing stone on a building to house its own office plus residential space, calculating that the environmental impact is less than from using steel and/or concrete. Nord made a deliberate reference to traditional stone buildings when it designed Stone House with Caithness stone for Scotland’s Housing Expo in 2010, showing that locally sourced materials could still create a reassuringly modern appearance.

Other “old fashioned” construction materials are making a comeback as well. Webb Yates has also been looking at alternatives to conventional brick. While that material is attractive and durable and seems appropriate, particularly in domestic buildings, the embodied energy is significant because the clay is burnt to make the bricks. They are investigating the potential for using stone instead, or rammed earth, or hempcrete, made from mixing hemp with a lime binder. The other options they propose are air-dried bricks or reused masonry, both of which have a lower embodied energy. Several of these options require a “good hat and boots”—an overhanging roof and a water-resistant plinth—but this is an approach that has been understood for centuries.

Timber is hugely attractive because it is a renewable material that absorbs carbon dioxide when it grows, only releasing it when it is burnt or rots at the end of life. There is much talk about “mass timber,” which is very different from the heavy, often unseasoned timbers, used in traditional buildings for centuries. Instead, now we are using manufactured elements such as glue-laminated beams (glulam) and cross-laminated timber (CLT) to form, respectively, structural elements and enclosures. Both these have reliable properties, allowing economic use of material. For example, Adjaye Associates has recently designed Timber House, a long mid-rise building for Toronto that will be covered with plants.

There are concerns about fire behavior of timber, particularly in residential buildings following the Grenfell tragedy in London in 2017. In the UK the regulatory environment is changing, and insurers are increasingly conservative. Nevertheless, Piercy and Company has designed a nine-story building in wood, with a composite structure that has exposed timber surfaces, using the latest fire-engineering approaches. Voll Arkitekter designed the 18-story Mjøstårne in Brumunddal, Norway, which is believed to be the tallest timber structure in the world. Whether or not these buildings prove to be outliers, the march of timber in lower-rise structures is set to continue.

It is not just the selection of major materials that will be affected by our growing desire for durability and reusability. Too much of the performance of our buildings has relied on complex assemblies. The steel, the glass and the concrete may endure, but what about the other parts? Already there is a move away from suspended ceilings and internal finishes that are dispensable and need relatively frequent replacement. What about the seals and fixings made from little-understood materials that are unlikely to last more than 20 years? What will their role be in buildings that we want to stand for many decades, if not centuries? If the materials of the future are likely to be the materials of the past, their assembly is likely to be done with a rediscovered simplicity.