The Vertical Winery Project: A terroir without a terrain

Despite its traditional image, winemaking is deeply intertwined with science

Coworking in the Himalayas 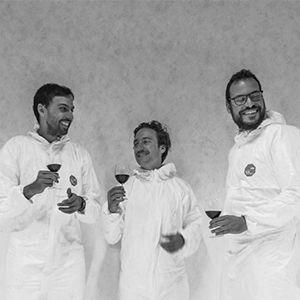 A winery, from the vineyard to the productive infrastructure, is as much a laboratory as it is a complex technological system, all very carefully balanced between manmade and natural processes. This is probably why, unlike other traditional crafts, wine is of a much higher quality than it was a hundred years ago. There is a lot of innovation in winemaking that tends to go unnoticed.

Research is closely studying how enologists ‘design’ wine with precision, with a scientific and accurate approach. For example, how they graft a varietal stem onto an American rootstock in order to ensure that the plant is resistant to phylloxera; how pesticides have been replaced by pheromones (in order to avoid insect infestation more naturally); or how the vineyard and the entire winemaking process is monitored in real time. As architects, we must embrace science and technology, and put ourselves in the shoes of an enologist

The Vertical Winery project is fruit of five years intensive research, where we broke down the production line of winemaking into seven successive phases, spaces and environments. They allow any winemaker to design, with precision, the qualities of the wine: vineyard, harvest, fermentation, ageing in barrel, coupage, ageing in bottle and logistics.

A cycle of this research period is now reaching its end with Space 8; a physical space capable of enhancing the senses in the act of wine tasting and the organoleptic perceptions triggered by wine, such as colour, density, texture and aroma. Designed using two different types of material (wood, and shortly a version in white Corian) and baring an overall lightness and transparency, it allows wine to express itself in its broadest sense, and be enjoyed in an environment that is both architectural and natural.

Space 8 is just one part of Vertical Winery project. This project is also concerned with how climate change directly affects the growing of vines, and how consumers are becoming increasingly more aware of modes of production. It moves the processes from the field to the city, in an attempt to blur the boundaries between producers and consumers, and in response ethical consumerism, zero carbon footprint and self-governance. Today, 3D Printing Technologies, Fab Lab Networks, Zero Km Farming and Zero Emission Mobility are already quickly bringing production within our immediate realms.

A vertical winery building design leaves the least possible footprint. Verticality is not only the appropriate form for an urban context, but also enables gravity to drive the entire process. A vertical winery would unite production and consumption (prosumerism)– and would eradicate the need for transport. This project integrates the entire wine cycle; from growing the vines, to production and consumption, and proposes a new model that could be implemented in urban environments, and possibly render new uses to obsolete structures.

The research looks at the idea of detaching vines from the earth via hydroponics or aquaponics, and planting a vertical vineyard capable of growing in height; A ‘terroir’ without a ‘terrain’. It is a radical scenario that is in fact the most appropriate environment for the vines to grow.

It then considers the process of winemaking as a mechanical process, where one can program intelligence throughout the design. On the one hand, the conditioning of light, temperature and air moisture in a brand new environment, allows the system itself to fine-tune the evolution of winemaking. On the other hand, entropy during the changes of the various phases – from solid to liquid and gas in the fermentation stage – along with the use of natural forces already used in traditional winemaking – (such as the transformation of masses by gravity) – offer a potential range of passive systems to guarantee self-sufficiency. As a result, a beautiful sequence of organic processes – alcoholic fermentation, malolactic fermentation, and stabilization – arises, and presents the art of winemaking as an analogy of the human body.

The vertical winery could form part of the urban skyline, or even a neighbourhood, offering a new public space or event for the community, along with offering them a dual role as both producers and consumers.

This Vertical Winery project strongly believes that winery architecture is a significant contributor to the process of winemaking. It lends the process an urban aspect that fits in with emerging models of smart, productive cities. This is what our research is aiming at in the coming years.