The Social Function of Urban Planning

Towards a connection between the city and the divided society 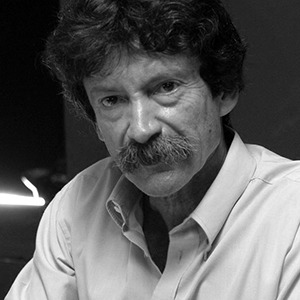 There is a clamor in most countries that is calling for improved mobility conditions, public services and satisfactory urban infrastructure and rejecting extensive peripheral areas lacking in architectural, urban design and environmental qualities, rejecting corporate interests as urban policy, all of which constitute the backdrop against which the contemporary socio-spatial issues are resolved.

Agreeing with Michel de Certeau, we can say that the alliance of the city and the concept are never identified, but it goes in the direction of its progressive symbiosis: structuring the city is to think about the very plurality of the real and give effectiveness to this thinking about the plural. It is knowing and being able to articulate.

Therefore, in my view, the ‘architect-urbanist’ must be a ‘connector’, a generator of connections inside the city and the society divided between those included and excluded from the benefits of the urban landscape.

Contemporary metropolises challenge us to think about the need for constant negotiation between the devices for meaning, for socialization, for power and for the different areas of life which today constitute what is “urban.”

Intermediate spaces and the reconfiguration of the city

The current problem we face consists of articulating the modules of urban morphology with the urban fabric, thinking of the city as a complex system of spatial, functional, economic, social and mobility relationships. It should take into account the interactions between the different parts of the city, considering the scale of the built areas and the road systems as a starting point, within the dimension of large spaces, facing the territorial on an urban horizon that demands new parameters in the confrontation with something always much greater. There is no generic city, there are only case-by-case cities; beyond some common elements which we find here or there.

The megalopolis imposes work on a large scale. The contemporary urban experience implies rupture, distance and knowing how to deal with the intervals that are produced inside the conglomerate itself, in the urban magma, where the impact of the scale dissolves all spatial continuity. And therefore, within this discontinuity, the question arises as to how to contribute to the interlinking of streets, neighborhoods and architecture by establishing some meaning in urban planning.

Today we have to work within the metropolitan dissonance, articulating complex elements of a varied nature, attentive to the scale and interactivity of each contextual condition, which demands a capacity to sensitize public and private institutions as well as the inhabitants and to mobilize specific resources by propitiating new encounters and alliances.

Under these circumstances, the intermediate spaces (intercalates) have a fundamental role in the reconfiguration (recentralization) of the city, creating another weft over the existing urban mesh, making it possible to have connections between places which appear to be removed and disconnected from one another.

Each project must employ specific tactics and strategies according to the scale in question, the conditions of the context and the socio-economic-cultural specifics of the place’s inhabitants. The solutions to be sought must interpret the characteristics of the existing urban fabric, improving it and incorporating the values of the community with the aim of redefining the socio-environmental meaning of each place of intervention.

The strategies are hardly for the morphological restructuring of the spaces but a way of intervening in the relationship between the people and their surroundings, generating new symbolic frameworks, contributing to the re-articulation of social networks.

Isn’t it precisely the function of urbanism to facilitate the interactions between different parts of the city at every scale?

The question is: how do we want to live in our cities? And how can we act to achieve these goals?

This is related to making the decisions when public power converges with the actions of “private initiatives” (initiative for what? we might ask), with the “market forces” and the interests of the citizen in order to be able to live in friendlier, more cohabitable, more sustainable surroundings, rebalancing the built mass— green mass relationship.

From my experience of being involved in the four scales of urbanism (small, medium, large and territorial), I would say that the “social function” of the architect consists precisely of giving coherence to the entire set of diffuse social demands, granting them a visibility that permits action.

Finally, it is my opinion that despite everything that has been done, even in various countries, the exchange of experiences, the evaluation of results and the establishment of a consistent corpus to act on the articulation of the city and divided societies, on the different realities, is still an outstanding matter. Meetings, debates and the study of specific cases are still necessary on the five continents.

The problems of poverty, the creation of sources to generate work and income, the qualification of the peripheries, the materialization of new housing nuclei with the urban DNA, the tackling of mobility problems and urban connectivity, the rebalancing of the built mass—green mass relationship, the (integrated) sustainability of the new urban developments, the reduction of energy consumption in cities, the contribution towards the coexistence of differences and the reception of immigrants are among the most pressing questions on the entire planet.

Main image: Diagram to read the structure of the place and the complexity of the 13 different favelas, Alemão Complex, Rio de Janeiro. Image Jorge Jáuregui