The Rebirth of the Fez Medina

Adapting the Ancient City for the 21st Century

Kintsugi: the Japanese art of repairing broken ceramic and glassware 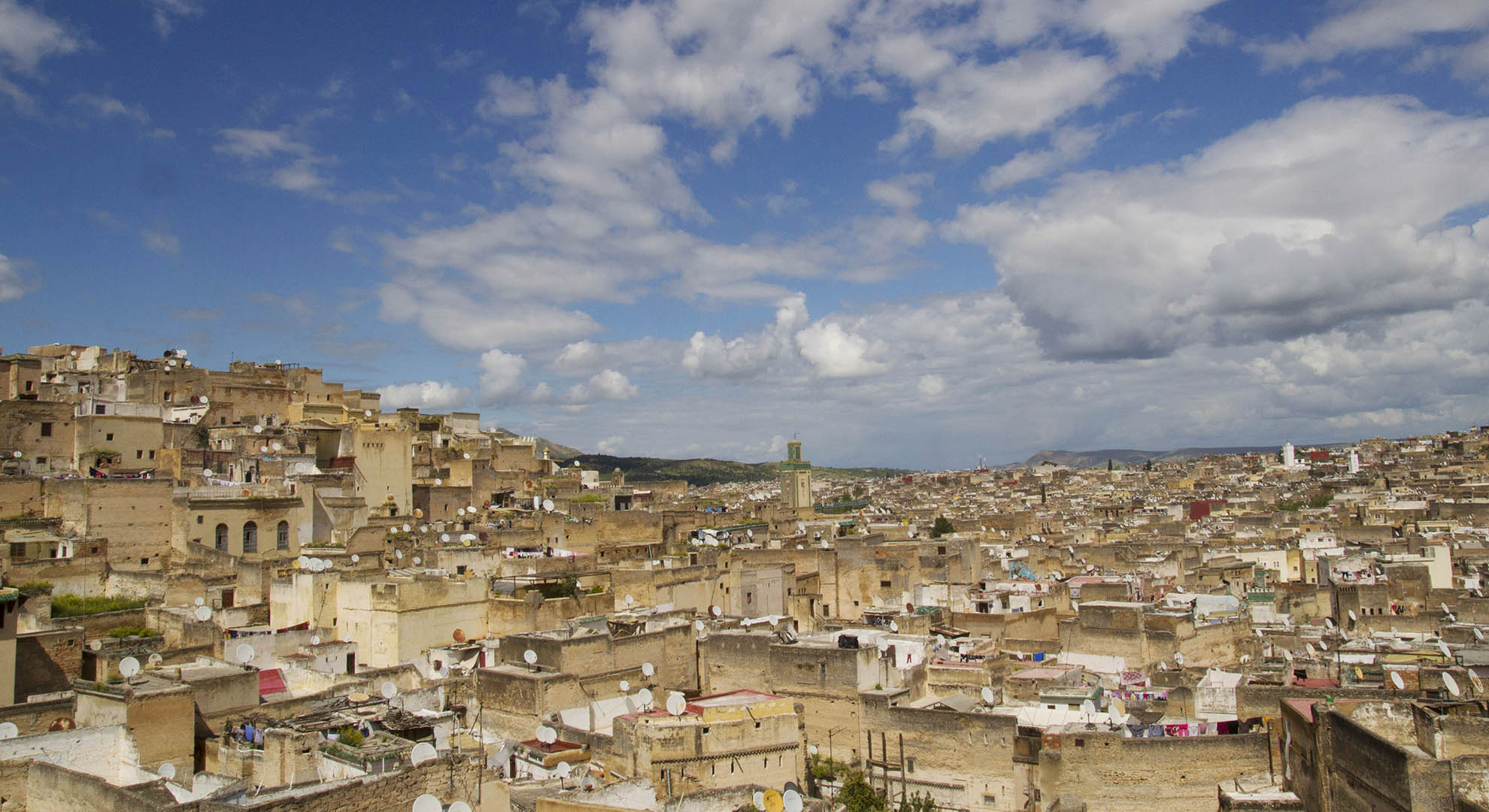 If you think renovating an old house is tough going, try updating a walled city dating back over 1000 years, and that has been steadily crumbling for well over a century.

The Fez Medina was founded in 808 and is the largest pedestrianized medina in the world – a complex knot of twists and turns, shadowy streets and dark alleys that seems to be burrowing underground. It was placed under World Heritage Protection in 1981, and in 1989 the Moroccan government created ADER Fès (Agency of Development and Restoration) to allocate funds and devise projects for the conservation of both the Medina and its unique way of life. By 1993 “The Rehabilitation Project of the Medina of Fez” project was firmly established with initial funding from the World Bank.

“The most important challenge for us is safeguarding the Medina itself – its rehabilitation and the improvement of living conditions for the inhabitants, tradesmen and craftspeople who work there,” says Fouad Serrhini, Director General of ADER Fès, “And beyond that to ensure it remains a jewel of cultural tourism.”

This vision has gathered pace over the last 25 years.  The most recent high-profile project to be completed is the restoration of the Qarawiyine Library, which is believed to be the world’s oldest. The task was given to Moroccan female architect Aziza Chaouni to preserve and enhance the site. “We did not have any drawings so it was often difficult to guess how many restorations has been done over the years, and to determine what was original and what was changed.” Chaouni says. “It was like doing archaeological work at times, but it was extremely rewarding to uncover the history of this amazing building.”

Restoration work consisted of making the building’s zellije (hand-cut tiles), soaring cedar wood bookshelves and exquisite moshrabia (lattice-work) resplendent. New furniture, inspired by existing mosaic tile work, is still waiting to go in before the library fully opens to the public. As well as bringing the building back to pristine condition, Chaouni and her team integrated sustainable architectural features like solar panels and digital blinds to protect the ancient texts in the reading room from the searing summer heat.

Alongside this, another project has been making great strides: Fanadik Fez, is an initiative of ADER Fès and the Ministry of Artisanat, with funding from the Millennium Challenge Corporation. They have so far spent around $85 million modernising four of the medina’s famous fondouks, all of which date back to the fourteenth and fifteenth centuries.

“Fondouks historically have always been places of exchange and commerce, a place where people and ideas mix,” says Rick Gaynor, Senior Policy Advisor, Agriculture and Land at MCC. “The hope is that these four restored fondouks will be places that respect the ancient heritage and architecture of the Medina, and provide the artisans with spaces in which to develop their crafts in ways that respond to current market demands.”

As part of the new infrastructure, the fondouks’ cobble stoned courtyards and crenelated rooftops will now provide artisans with ready-kitted-out spaces for training, production and sales over three floors as well as cafes and bookstores in the courtyards, and a rooftop exhibition space. The Chemaine and Sbteriyine fondouks will be a cultural centre for the local, high-end craftsmanship. Barka fondouk – formerly a slaving quarter that trafficked women – will be turned on its head and dedicated to women’s education and empowerment through their own craft creativity. It will also have a day-care centre for their children.

“Our goal is to breathe new socio-economic and cultural dynamics [into the medina] in a context steeped in history and heritage,” continues Fouad Serrhini. While updated to a modern standard that includes security cameras and WiFi, the look and feel of the fondouks is completely true to the original. They are now simply waiting for the artisans to move in.

Fanadik Fez also held an international architectural competition to bring a more contemporary face to the Place Lalla Yeddounna. This urban complex is built up on both sides of the Oued Al Jawahir, a main river course that itself is the subject of an on-going clean-up and gentrification project that has added riverside walks to a formerly dark and dank part of town.

The winner was Michel Mossessian, who teamed up with Moroccan architect Yassir Khalil to reimagine the area for 21st century living. Three bridges connect a complex of several buildings that has been sheathed in contemporary zellije in geometric shapes and carefully combined colours – brown and orange on one façade, forest green and bright yellow on another, pinks and purples on a third – and will form a headquarters for the city’s craft heritage. It is hoped it will become an important hub for new Moroccan design, products and collaborations, attracting a dynamic mix of both young Moroccans and international creatives.

Going forward ADER Fez has an ambitious programme for the Fez Medina between now and 2023, that includes the rehabilitation and modernisation of Mosques and monuments, hammams, public toilets and fountains, and public landscaping.

“Preserving the Fez Medina is a very particular challenge because we can’t just turn the whole city into a museum,” says Iraqi architect Alaa Said who runs architectural tours of the Medina. “Too strong a dose of modern development could destroy the fantastic character of the city. It’s been key that planners and national authorities find a good balance between conservation and development and provide a framework where the Medina remains a viable, living city equipped with necessary services and amenities.”

Social impact programmes will also play a pivotal role in the city’s evolution as an important historical site with a 21st century infrastructure. They are also vital in order to attract back middle-income locals, who have deserted the Medina for the modern apartment blocks of the city’s New Town. But as the Fez medina steams ahead in its own unique way, as it’s always for over millennia, the future’s bright – drawing it quite literally out of the darkness and into the light.