The Environmental Impact of Air Travel

Look, I Built a Space Ship 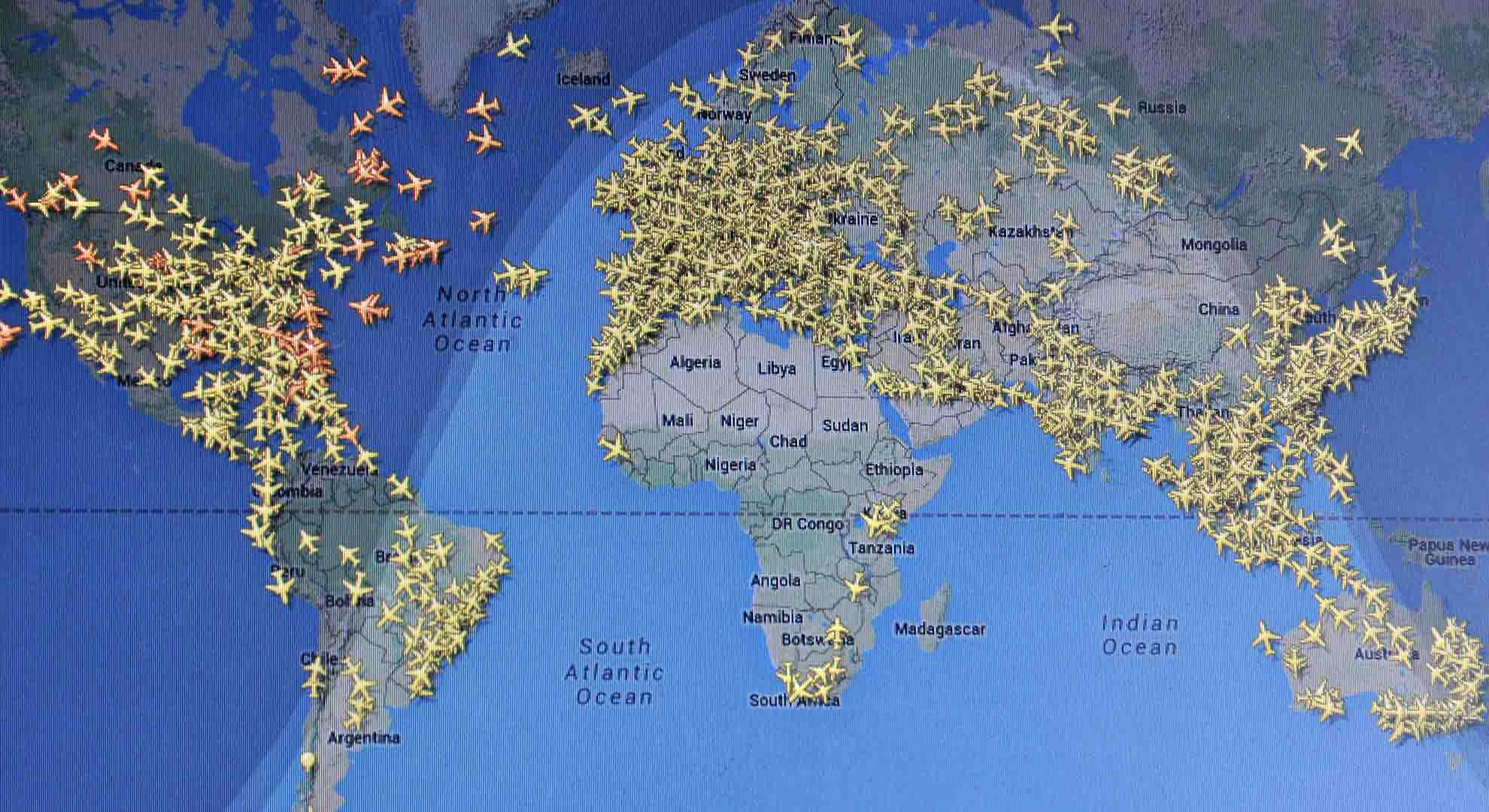 In the mid-nineties, commercial aviation underwent a veritable revolution with the explosion of low-cost airlines and the consequent increase in CO2 emissions. From one day to the next, flying from Barcelona to London became cheaper than travelling by train between relatively nearby cities in the same country. Suddenly, many European citizens no longer had to wait to accrue enough annual leave to be able visit another city on the continent. And if up to this point, we would usually take off for the weekend to a nearby beach or mountains, now cheap airline tickets allowed us to broaden our horizons and go spend a few days in Venice, Dublin or Amsterdam.

I remember a conversation I had with my English friend, an Ecology professor at a London university, who would observe this phenomenon with concern. He and his colleagues in the department would count the miles flown annually because they were well aware of the amount of CO2 emissions and other greenhouse gases that are produced by aircraft in flight.

Nevertheless, most of the population was thrilled by the possibility of going places at a low cost, and, therefore did, quite frequently. Neither the strict security measures at airports after the September 11 attacks (2001) nor the consequent long queues for boarding put us off flying.

The problem is that, as my friend the Ecology professor indicated, this increase in mobility has consequences. In 2016, the European Environment Agency (EEA) published its first European Aviation Environmental Report. This report stated that between 1990 and 2014, CO2 emissions produced by planes rose by 80% in Europe – nothing more, nothing less! Concurrently, NOx emissions doubled (nitrogen oxides that pollute the air).

The European Environment Agency emphasises the need for airlines to invest in resources and efforts to promote the use of biofuels and less polluting technologies. In fact, it has created a research programme called Clean Sky, which collaborates with the European airline industry in order to reduce greenhouse gas emissions and noise pollution produced by planes. Sooner or later, these efforts will supposedly translate into a cleaner industry, but so far things are going slowly.

In turn, in 2016, the International Civil Aviation Organization (ICAO) approved the creation of a CO2 emissions trading system for international flights, which is to be officially established in 2020. When it comes into effect, airlines who exceed the established limit will have to purchase CO2 emissions units generated by projects that reduce emissions in other sectors, for example, those that tackle deforestation or promote the use of renewable energy.

And while senior levels of government and airlines put measures in place to be more environmentally sustainable, what can we as citizens do?

A few years ago, initiatives emerged that allowed us to offset the ecological impact of our flights precisely with the purchase of emissions units. Many airlines offer you the chance to do this when you buy a plane ticket, but there are also NGOs for this. German NGO Atmosfair has an excellent reputation. We can calculate the emissions from our flight on their website, taking into account not only which two cities we travel between, but also the class of travel, type of plane, whether it’s a regular or charter flight, the number of changes and the airline with which you fly (which are more environmentally sustainable than others).

According to Atmosfair, a trip between Barcelona and London with the greenest airline could offset an emissions purchase worth €13, which the NGO itself will invest in a sustainable project: implementing energy efficient kitchens in Nepal, wind farms in Nicaragua or hydropower systems in Honduras, among others.

There are also NGOs dedicated to protecting the environment that aim to raise awareness by highlighting the pollution produced by flights. This summer, Welsh climate change charity, the Size of Wales (https://sizeofwales.org.uk) launched a campaign under the title ‘Worried about the impact of your flight this summer?’ The aim was for people to purchase emissions units that, in this case, would be invested in projects intended to protect forests all around the world.

But apart from purchasing emissions, we can also opt to fly with airlines who try to reduce the ecological footprint. The aim of Spanish project, ‘LIFE Zero Cabin Waste’ is to recycle 80% of waste produced onboard, which also helps to reduce the impact that our flight has.

We will probably see many more initiatives in the coming years that try to reverse the environmental impact of commercial flights. But for now, it’s good to know that we can take matters into our own hands and lessen the impact on the environment each time we fly.

Main image: It is expected that in 2020, measures to regulate CO2 emissions from airlines will be tightened. Alamy Stock Photo