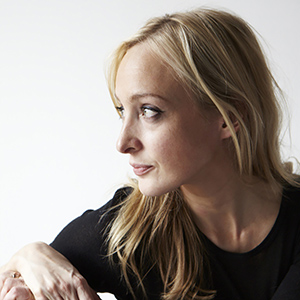 Women have historically, collectively, been pretty good at starting revolutions, particularly of late. But now—in an especially impressive feat—they are doing it by choosing to be both on their own, and on holiday. According to a new study by Culture Trip, the market demographic that is the solo female travelers (also called SoWas) is currently making big changes to the global tourism industry, with a 131% increased interest in holidaying independently over the past two years.

This is significant because it’s changing the travel market. More than half-a-millennia since Marco Polo set sail for undiscovered lands, it would seem that all the world has been explored, conquered and Instagrammed to within a microscopic inch. But tourism, for all its redeeming qualities, has largely centered on satisfying travelers that fit neatly into different categories: couples, honeymooners, sportsmen, students, business delegations, and so on. With solo females setting forth at the rate they are currently either doing (14% women) or thinking about (34% women) the opportunities to cater for them are vast, and relatively as yet unchartered. It’s exciting for all involved.

Personally speaking, as a woman who frequently travels alone for work, I have always felt guilty if I went somewhere wonderful but didn’t at least try to tag on days here and there for adventure. I have detoxed to extreme in Koh Samui, mingled with sheiks in Kuwait, found new friends in the fjords and bounced back from setback in Bali. On my own. I’ve observed elephants in Chaing Mai, and sipped sundowner sauvignons in Marseille. Toute seule. I’ve braved bullet trains across Japan without the help of a smartphone, and ventured out in Venice pretending not to have a clue that this a city where everyone but everyone is actually one of a two. I was there, it seemed rude not to.

SoWas—the new term dubbed for solo women adventurers—are on the rise for lots of reasons that I can relate to. Though I have less opportunity now to travel—solo or otherwise—with two very small children and a shift in my professional focus, I have learned firsthand that adventuring independently is, with few exceptions, exceedingly good for the soul. And I have witnessed over the last decade, how the world is changing to make it easier.

To begin with, I just did it because I was opportunistic, and as a journalist the opportunities were frequently there. And while I was often not in fact single, simply unaccompanied (SoWAs aren’t always the Eat Pray Love stereotypes—women today are more than ever leaving their friends and partners at home out of choice) exploring, and in particular dining, alone can be lonely. It can also be awkward and occasionally frightening. Regardless of whether or not I was in a relationship and someone to write home to, I often felt judged.

But if this is the reason why so many women have shied away from solo travel, it’s also the reason why more and more now, are booking their tickets and trying it. Of those millions of women who choose to holiday solo because it’s either that or not holiday at all, the options are greater and the risks lower than ever. The market is noticeably changing. With thoughtful packages and innovative ideas dreamt up with solo travelers in mind, tourism the world over is beginning to provide this burgeoning demographic with the necessary reassurance. Social media and smartphones too now provide a buffer, a link, an excuse to share and an immediate audience: it helps.

For me it was always about the learning curve: the more I travelled the braver I got and the more I understood how to manage any tricky moments. Street smarts? Maybe, but more important is a positive mentality and a purpose—travel to see the world rather than to be seen posing with a landmark; adventure to amass a bank of stories, linger in places where there is much—so much—to learn. I’m not, here at any rate, alone: according to Culture Trip the majority of SoWAs are using their adventures as a path to enrichment, education and personal growth, with 93% of women who have recently taken a trip on their own confess that they want to educate themselves and learn new things, whilst 74% want to explore different worldviews, beliefs and cultures.

Escaping the grind, the stresses and strains and heartaches or physical aches of modern life is another huge driver when it comes to getting SoWA bums on plane seats. The invitation to check in, tune out and return home healthier is an extremely attractive one for hardworking, multitasking modern women. And if it turns out—as some trips can do—to be an unmitigated, nightmarish disaster, chalk it all up to experience and at least bring back a hilarious anecdote or two as a souvenir.

Many women, of course, are simply doing it because they can, and they want to travel well while they have the chance. Successful, relaxing, mind expanding and regenerative holidays with babies and toddlers, anyone? It surely can’t be long. Vive la révolution.