Skyler: An intergenerational residential tower for all ages 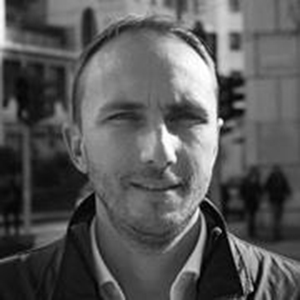 The global population is ageing at an unprecedented rate: in 2050 the number of people aged over 65 is expected to triple to over 2 billion, representing almost one fourth of the world’s population. By that time, for the first time in human history, the number of older adults will be greater than the number of children under the age of 15. While Japan, Italy and Germany will be the countries most affected by this phenomenon, China, India and the United States will each have over 100 million people aged over 65.

Since most of the global population already lives in cities, it is truly within the urban environment that there is a great potential to better understand those trends, developing policies and projects in order to rethink our cities in an age-friendly way.

This is not a completely new topic. In fact, during the last few years, many nongovernmental organizations and research institutions including the World Health Organization, the United States-based AARP, and the United Nations Sustainable Development Goals have developed studies and published papers highlighting how communities can be more “age friendly.” More recently, Arup released “Cities Alive: Designing for Ageing communities”, a framework identifying four specific needs that cities should embrace when planning with, and for, older adults, given their impact on all aspects of life: autonomy and independence; health and well-being; social connectedness; and security and resilience.

Autonomy is fundamental for older people’s dignity, freedom and independence. A person’s ability to move is often hindered by the ageing process and therefore having all the functions needed within a walkable distance from home starts to be relevant. Toyama in Japan, which predicts more than one third of its residents will be over 65 by 2025, is developing an ambitious initiative called “Residential Encouragement Zone,” a walkable and transit-accessible neighborhood covering the city centre and adjacent areas. Whoever decides to live in this area is eligible for subsidy and private developers receive further benefits if they build senior housing. Just few years away from implementation, the “Residential Encouragement Zone” has become the area in Toyama with the highest concentration of older adults, who can benefit from high-quality public transport and integrated facilities that meet the needs of an ageing community.

The health and well-being of older residents is often linked to a series of design interventions, especially in the public realm. High-quality public and green space, together with pedestrian environments, may encourage active lifestyles among senior citizens. In 2016, the City of London implemented a network of “Quietways,” a series of backstreet routes along tree-lined streets, parks and waterways, with the aim  of creating a safe environment for older residents to walk and bike away from the traffic and pollution of main roads.

Social connectedness and participation is fundamental to making older people an active part of the community, and positively contributes to their health and wellbeing by keeping interdependence, preserving self-esteem, and maintaining social interactions. “U-City,” set to open in Adelaide, Australia, integrates retail, accessible accommodation, retirement residences, aged care, and a range of social and health services, with the aim to connect its residents across generations through mixed-use spaces and housing options that suit different elderly needs.

Senior citizens are especially vulnerable to acute shocks and chronic stresses such as rainfall, heat waves, traffic pollution or poorly maintained streets and sidewalks. In order to make streets safer for older pedestrians, the City of New York launched the “Transportation’s Safe Streets for Seniors” programme in 2018, which identified the most dangerous aspects of the outdoor environment, including insufficient crossing times, holes, pedestrian ramps in disrepair.

An integrated action plan across cities

While creating age friendly communities is a great opportunity for urban regeneration, a robust result requires a strong vision and a multidisciplinary approach.

Enabling people to maintain independence and a high quality of life into old age requires integrated action plans across cities. These would pull together different policies for health, social welfare, mobility, built and digital environment, not only at the city scale but also at the neighborhood level. Today, most age-friendly policies are fragmented and delivered by different city departments, without a common vision and a coherent relationship between them. But this doesn’t have to be the case.

In Europe there are already some successful examples. In addition to cities like Brussels, Glasgow and Udine, Barcelona is leading the way with its “Municipal Plan for the elderly 2013-2016,” which defines four major strategies and 218 actions to be carried out in crucial domains, such as participation, welfare, healthcare and the way the elderly conduct their daily lives in the city. This ensures that things are done consistently across different domains. For example, installing gymnastic circuits in public spaces and parks could simultaneously improve the health and well-being of senior citizens, enhance the quality of outdoor spaces, as well as encourage intergenerational social inclusion.

Cities around the world are adapting the way they plan and design physical spaces to enable older people to live independent, healthy, social, and secure lives. Thoughtful designs can meet the specific desires of older residents while also making the city more accessible and enjoyable for all.