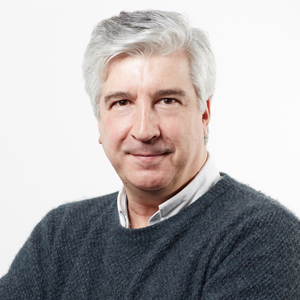 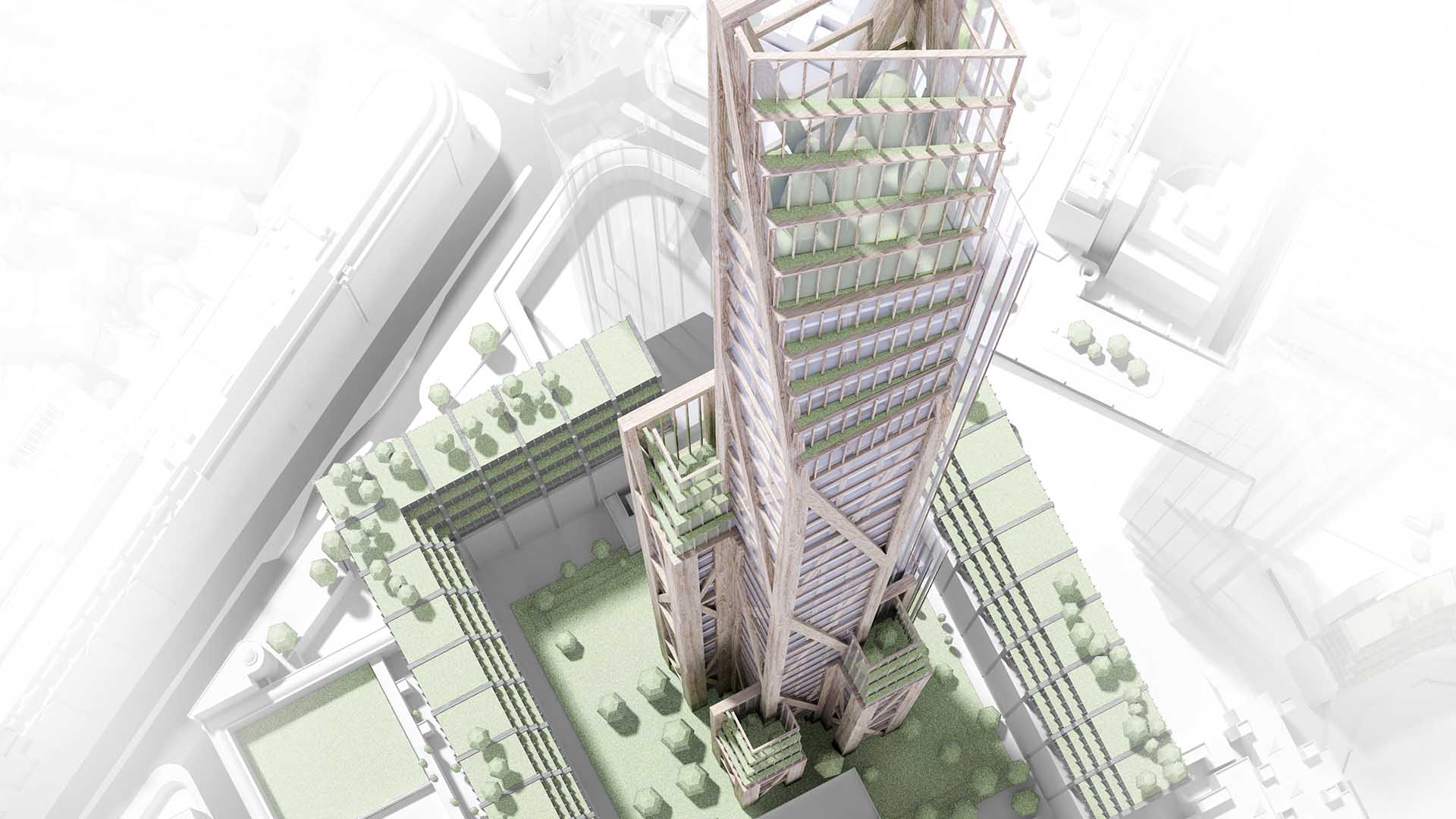 What a wonderful opportunity to be presenting designs for Oakwood Timber Towers Series in Barcelona, a city whose birth owes much to those heralded seafarers of the ancient world, lovers of timber used both in navigation and construction, who were the great observers of nature and manufacturers of timber buildings.

As we have arrived in the 21st century, it was only natural to look to new materials and means of construction that better suit our latest thinking and integrate the benefits of new AI, Block-chain procurement and efficiencies in cost, as well as precision of robotic assembly, to provide a better and greater number of shelters that are more healthful – more natural in the city. For a seafaring nation, what could be more ‘nature’ than timber?

For some four years we have been working collaboratively with both Cambridge University and Smith and Wallwork Engineers in the UK on a research proposal that investigates the benefits of the use of natural materials in construction. The Oakwood Timber Tower Series is a realistic proposition that studies the benefits of using engineered mass timber –including grasses like bamboo– as a sustainable building material, drawn as a crop from the managed forests of Europe. As we progressed, we realised that it was the beauty of the several designs, and the ease with which the general public understood the inherent benefits of the 21st century material that was most unexpected.

When I look at the first project on our Oakwood Timber Town series, at the Barbican, London, I think of the music that accompanies our presentation video being The Asturias by I. Albeniz, played on a (wooden) Spanish guitar. The music captures the sensibility, softness, ductility and strength of our design –though not hardness–, of things growing inexorably, vigorously and softly.

It is those feelings of a natural quality, precision, and performance that these engineered mass timber/ CLT designs imbue; of a natural ordered system being the inspiration for a new way of thinking about our cities, something of a natural scale worthy of Gaudí. A kind of biophilia for a smart city.

Timber has a higher aesthetic appeal for humans than concrete, encouraging a sense of well-being among residents. Cross-Laminated Timber (CLT) establishes a new level of quality control and fire protection. It brings a new structure and form. This is a new 21st century proposition to make our cities more liveable and create a happier populous. The design proposals for Oakwood Timber Tower, afforded by AI, foresee a comprehensive re-envisioning of our cities, with buildings made more easily and far less expensively using mass-produced interchangeable kits of parts, assembled directly on site in half to two thirds the time and two thirds of the costs, in a co-living urban planning concept.

Neighbours in dense cities like the faster construction, as it is less disruptive and safer in local neighbourhoods where children abound. Clients like being able to build up to 20-30 per cent more within the given time. Engineered timber is also lighter, therefore can conceivably be used to extend existing concrete buildings upwards –as is being done in Paris– while creating the potential for modular, on-site staged construction (as a Jump Factory) based on robotic assembly precision.

The type of wood these new buildings would use is regarded as a ‘crop’, being perfectly sustainable – always growing, always abundant. The amount of crop forest in the world is currently expanding. Canada alone could produce more than 15 billion m³ of crop forest in the next 70 years – enough to house around a billion people, while sequestering many billions of lifetimes of carbon footprints.

At present, the world’s tallest timber building is an 80 m, all timber office tower in Scandinavia. Our proposal for a timber tower of over 300 m high would make it the tallest building in London, becoming a leader in this technology. The proposal would create over 1,000 new residential units in a 100,000 million sq-m mixed-use tower, and mid-rise terraces integrated within the Barbican’s timberland green courtyards, in Central London.

Perhaps the most obvious concern for potential residents of homes built primarily from timber is fire risk; here we advocate two stair cores and sprinklers, and an advance and improvement on existing fire regulations for safety, so that the proposed building would eventually meet or exceed every existing fire regulation currently in place.

Recent research has also shown that timber buildings can have positive effects on their user and occupant’s health. Some recent studies have also shown that children taught in schools with timber structures may perform better than in those made of concrete. Scientists Roger Ulrich and Marc Berman in the US have been studying the triggers that stimulate these very positive health and well-being responses. Scandinavia has also shown illness recuperation times greatly improving, particularly related to stress and circulation, even leading to heart benefits. There is also a perk in cognitive skills in one side of the brain dealing with temporal location. Berman has seen an improvement of some 20 per cent in memory and alertness, while people gain a more positive outlook on their day – a ‘spring in their step’.

The purer the experience, the closer to nature, the more real the saturation of the colours, the more impactful and more overwhelming the influence. We seem naturally wired to perform best in our evolutionary homes, looking at timber and vegetation. Greening the streets has also been linked to cognition improvement. These more relaxed settings naturally create a desire to linger and perambulate, walking being a significant health benefit.

The integration of flora and fauna in cities again can potentially render a quantifiable benefit equivalent to gifting each neighbour 10,000 euros, while making them more sociable, and reducing their heart rates, adding –it is said– 7 years more to their life expectancy. Cities still have the potential to integrate nature in them and become a better place to work and live together, share ideas, and, perhaps, fall in love – it is only natural.

This article has been written in connection with the exhibition and conference cycle Vertical Living in Timber taking place at Roca Barcelona Gallery until 25 May, 2019. Kevin Flanagan offered a talk there on Construction Revolution – In Harmony with Nature, on 13 March.