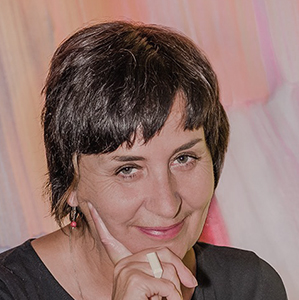 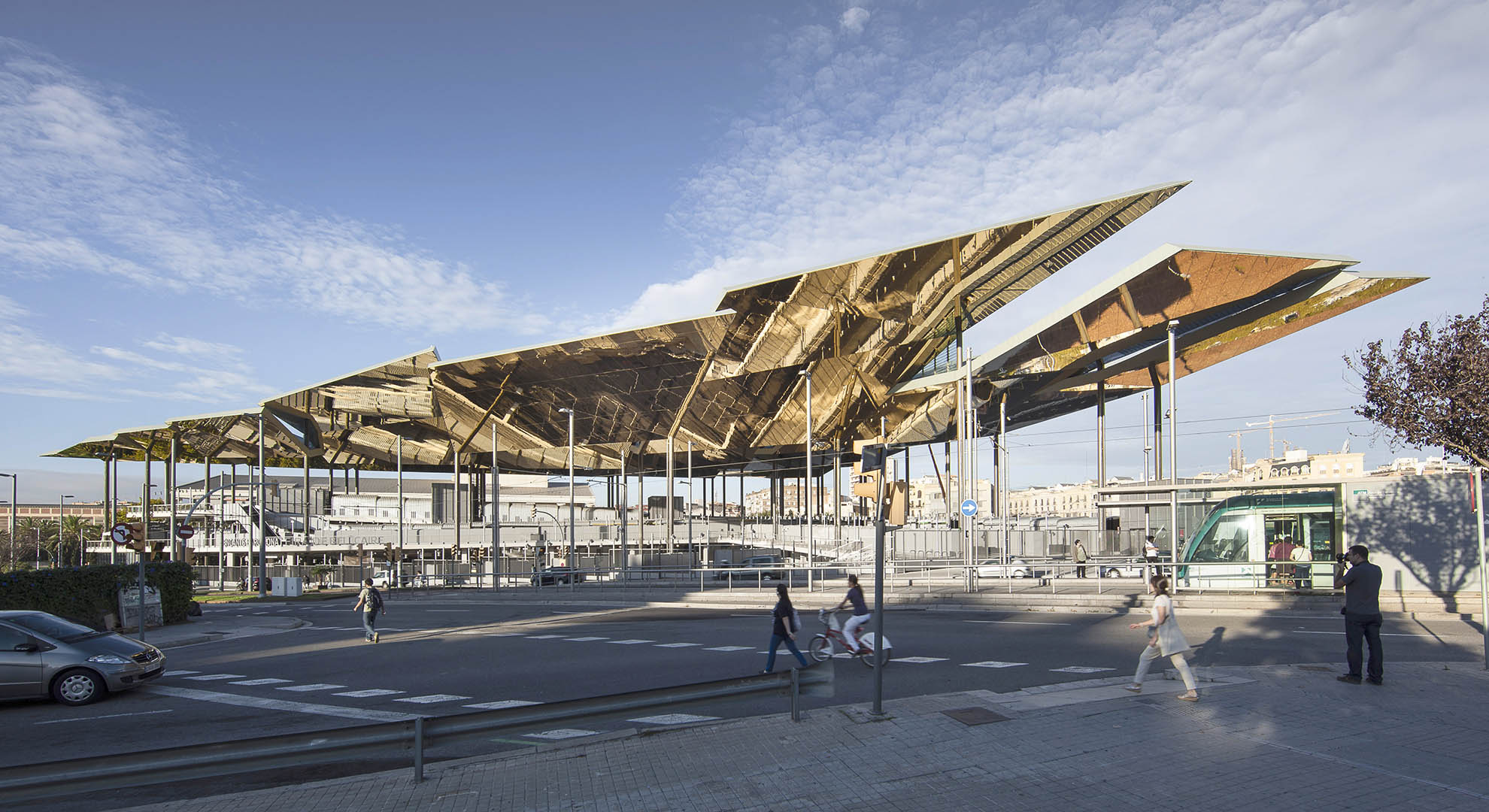 Barcelona has many landmarks – Gaudí’s La Sagrada Famila, the medieval shipyards – but in contemporary terms, none is more striking, or gives more back to the city’s community, than Els Encants Barcelona; a covered flea market that has traded more or less on the same spot since the middle ages.

Finished in 2013, it was designed by Barcelonese architectural practice B720. It forms part of a trio of large-scale structures that anchors the Plaça Les Glòries Catalanes – an ambitious program (still in progress) of mostly open air cultural and leisure spaces on the eastern axis of the city. (The other two existing structures are the Jean Nouvel’s cylindrical Torre Glòries for which coincidentally B720 were local partner architects, and the Design Museum by veteran local practice MBM.)

Often referred to as ‘Barcelona’s biggest building site’, the Glòries project in fact fulfils the original plan for the Idelfons Cerda’s urban plan for the Eixample, which envisaged extending his grid-like layout to the boundary of the adjacent Poblenou district.

For decades, Glòries was once a loathed roundabout with subterranean pedestrian walkways that filtered traffic northwards. Partly underground roads now serve this purpose, and the original site of Els Encants, in reality nothing more than a dusty plot surrounded by shanty-like cafes and shops, had to be moved to create new traffic lanes.

You would think that after centuries of trading in the scorching sun and pelting rain, the traders of Els Encants would have welcomed the idea of a new, protected home by one of Spain’s leading architectural firms. This wasn’t exactly the case. “There was a certain, shall we say, scepticism,” says Fermín Vázquez, co-founder of B720. “You need to remember that this is a collective that had been operating without much infrastructure for decades, and whose trust in local administrations had worn a bit thin. Many of them come from families who had been working in the same conditions for generations, so any sort of change is brutal.”

Using the same model that has been employed in the refurbishment of other municipal markets in Barcelona, the traders themselves partly funded the works.

The intent of B720 was to create a huge plaza, and extension of the urban expanse outside. The market is formed by a cluster of concave/convex ‘wings’ made of a ‘sandwich’ of steel and aluminium. Their highly reflective surfaces act as a mirror for the frenetic market activity below, pleasantly blurred in the manner of a Monet painting, and catch the hues of the sky, in the most dreamlike fashion.

At ground level, the plot itself was elevated and the lower ramp follows the natural inclination of the land. A series of walkways lead shoppers on a natural trajectory; around the upper two floors where ‘permanent’ shops of plumbing supplies and antiques do business from simple, shed-like modules with roller doors. Shoppers can rest up over at a few cantinas, with views across the Plaça de les Glòries, before heading down again to the ground floor.

This is where the brocanters (second-hand and junk dealers) lay out their wares on the floor. Much of the goods, which can be anything from old men’s suits to crystal chandeliers and paraphernalia from deceased estates, they have acquired the same morning, in a private auction that takes place behind closed doors in special room in the market itself.

Els Encants expresses many things. It’s a local institution that has survived the city’s transformation from Mediterranean backwater to the darling of progressive, European urbs. It’s a centuries-old community hosted in a contemporary structure that is artful, economic and resolves common needs. And as a retail concept, it’s a triumph.