The Uncertain Future of New Orleans 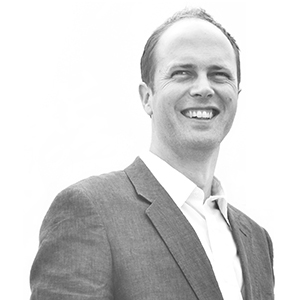 The central London section of the Thames is seven times the size of Hyde Park and yet recreational access to London’s largest public space is heavily restricted. There are places where activities are less curtailed simply by the fact that they predate recent regulations. The low tide sandy beach and accessible foreshore along the South Bank is wonderful. Or for the more committed, Westminster Boating Base teaches kids sailing on the Thames. However, since the 1950s a positive physical connection between Londoners and the Thames has been lacking. We need to address this.

Nowhere is the disconnect clearer to see than standing on one of London’s embankments. Here the river’s foreshore has been built over, often for the sole benefit of infrastructure. This is a familiar story across many cities.

So often in major global cities a walk by the river means you are hand in hand with vehicles. The loss of the foreshore and riverbank takes the ecology with it.

In London even at low tide there is no chance of greening as the 6 m tidal range washes away anything that tries to take root. Today along the Thames you need to go beyond Putney to find a consistent ribbon of green along the Riverwalk.

Beyond Putney, and in east Crossness, also offers more relaxed river regulations. For example you can legally swim in the river. Whether you’d actually want to swim is a separate discussion but it’s at the fringes where opportunities really open up for increased public engagement with the river and other large bodies of underused water.

With cities home to half the world’s population, former industrial landscapes have gradually emerged as opportunities. Often scarred and contaminated, vast swathes of land open onto a wider river or docks. These areas now require a new approach than that which we have witnessed. Half of the world’s population will live in water-stressed areas as soon as 2025 with one in ten people living in areas less than 10 meters above sea level. Rapid urbanisation comes hand in hand with considerable environmental issues around climate change. However, this must be seen as an opportunity for a diverse and engaging public realm.

Daylighting rivers or creating skate parks that double as rainwater drainage management can manage extreme weather events caused by climate change. Studio Octopi is engaged in various projects where we’re working proactively with the water, blurring the edges where we can. Utilising existing waterside infrastructure like jetties is challenging but opens opportunities for floating architecture.

Inspiring people to reclaim their rivers, lakes and canals for public use

The docks in London are extensive and a radical rethink of these areas is long overdue. In the 1980s Thatcher ploughed money into the docks with little if any thought to the water. Now these areas beg for community facilities. The Isle of Dogs community struggles with resources and yet there are vast areas of water with little benefit to the community. We’d like to see these areas bought back into use for recreation with floating structures such as schools, medical centres and even pools.

An alternative approach to water as outlined above would be huge, however this goes beyond simply creativity in the public realm. In the UK we’ve allowed our paranoia of water to stymie ideas that are both environmentally and socially beneficial to society. You don’t have to spend long in mainland Europe to experience a totally different approach to our engagement with water. Last summer I spoke at a conference in Linz and the following day was invited to swim in the Danube with a group of students. Although swimming isn’t encouraged by the authorities it isn’t banned. In fact, acknowledging that there is a swimming community, the council undertook improvements to the riverbank to enable a safe exit and entry in the city centre.

Likewise in Basel: in spring the Rhine is wide and strong through the city centre and I was once again invited in. Swimming as a small group we covered 2,000 meters of the central stretch of the river. Our guide explained that responsibility for swimming in the river was passed to the citizens of Basel. Understanding the city’s water is passed through the generations. An educated approach means less lives lost and greater knowledge of what is safe and what is not.

In the UK acknowledged health and well-being benefits are met with authoritative regulations or worse still a lack of education at all. Swimming is the only sport to be included in the national curriculum. It states that all primary schools must provide swimming and water safety lessons in either Key Stage 1 or 2. Since 2012 the national body Swim England has monitored provision of curriculum swimming and research has consistently shown that only half of pupils meet the required standards. These are shocking statistics and even more alarming when stats like this feed a more authoritarian approach to water. There are many reasons why primary schools struggle. These include cost, time out of lessons, lack of confidence and a lack of understanding of the outcomes.

For our children’s future we need to unlock the urban waterways in more ways than one. Education is at the core of our approach to our swimming projects and it would be wonderful to believe the climate crisis could unlock innovative urban realm solutions that improve our lives through education.