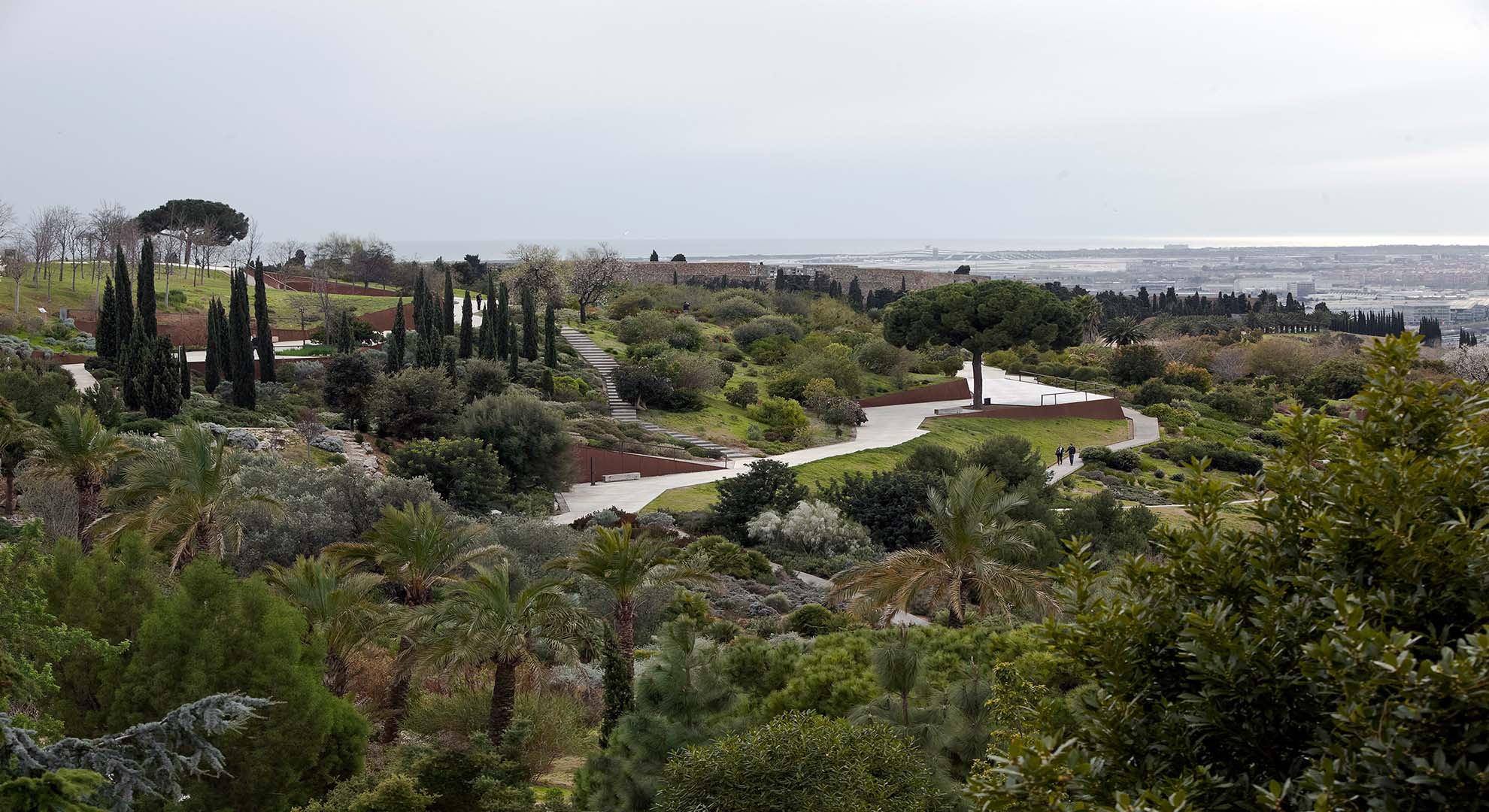 When we talk about mobility, we refer to an issue that we usually link to an urban model that makes life easier for people in cities, improving access and movement while at the same time being compatible with sustainability and economic development. In the case of Barcelona, the city was transformed for the 1992 Olympic Games by creating new infrastructures, building new public spaces and facilities, and recovering areas that had been neglected. In the case of Montjuïc mountain, in addition to the large sports structures like the Estadi Olímpic or the Palau Sant Jordi, the decision was taken to recover a deteriorated area that had previously been used as a garbage dump and turn it into Barcelona’s Botanical Garden, a natural and cultural space. The garden also houses a CSIC research center and reproduces the flora of the different “Mediterranean areas all around the world,” regions with climates similar to that of Barcelona, such as southern Australia, South Africa, the Mediterranean Basin (Western and Eastern), North Africa, the Canary Islands and the central region of Chile in the southern hemisphere, which makes the garden very sustainable as the chosen flora adapts quite similarly.

It’s possible to address the mobility concept of the Botanical Garden from two different perspectives: one that focuses on the movement within the garden itself and the other that deals with the various access points from the outside.

The Botanical Garden was designed as a network of pathways allowing for different itineraries from multiple starting and finishing points. This layout of pathways arose from the idea of laying a triangular mesh on the terrain that would adapt to its unevenness, fraying it at the edges and growing or shrinking its surface area depending on the topographical slope.

The project was defined as a labyrinth with no center, and its primary condition was the lack of scale. This makes it possible to work at all possible scales, adapting to the landscape conditions. Thus, the same “Mediterranean” idea is maintained throughout the design process from the creation of the different phytoepisodes, to the construction of the transepts or sections of nature, to the grouping of specimens and the taxidermy record of each plant. There is an apparent formal disorder that could sometimes appear arbitrary but ultimately leads to the achievement of a scientific order. This allows visitors to move around the garden as if it were a labyrinth, without a predefined direction but always with a scientific logic.

In terms of access from the outside, the garden has the main entrance on Dr. Font i Quer Street, and we are currently working on creating a new access point at the top, where the Botanical Institute is located.

With a view to the near future, our studio OAB is proposing a direct connection between the Port of Barcelona and Montjuïc, a Gateway to Barcelona from the Sea, which would help to organize the new mobility of the mountain.

Looking back to the 1930s, the Pla Macià, the proposals of the GATCPAC induced by the Modern Movement, and the visit of Le Corbusier to Barcelona are some of the features included in the large diorama that belongs to the Architects’ Association of Catalonia.

Our project brings together some of these concepts. It proposes the construction of a connecting element with lifts and a walkway linking the port and the Ronda Litoral, a route that leads to the Montjuïc Castle, at the point where the Morrot area fractures to face south.

This system allows possible users of the port of Barcelona such as cruise ships, public transport services on the Ronda Litoral, those travelling along the Miramar road, and users visiting the old lighthouse to access an interpretation center of the Morrot, “Rascahorizontes,” with a view to both sides of the mountain. All of them will be able to ascend using large elevators with a capacity for 100 people, enveloped in a set of large spiral staircases like the ones designed by Bramante for the Vatican Museum in Rome. A final walkway runs between the top of the column and the castle.

To achieve the maximum sustainability and efficiency of the project, the elevating backbone features a solar thermal collecting skin to provide the energy required for its operation.

In this way, we unite landscape, nature, and mobility, as Barcelona’s Botanical Garden and the Rascahorizontes are both sides of the same mountain.