Placemaking through Sports and Wellness 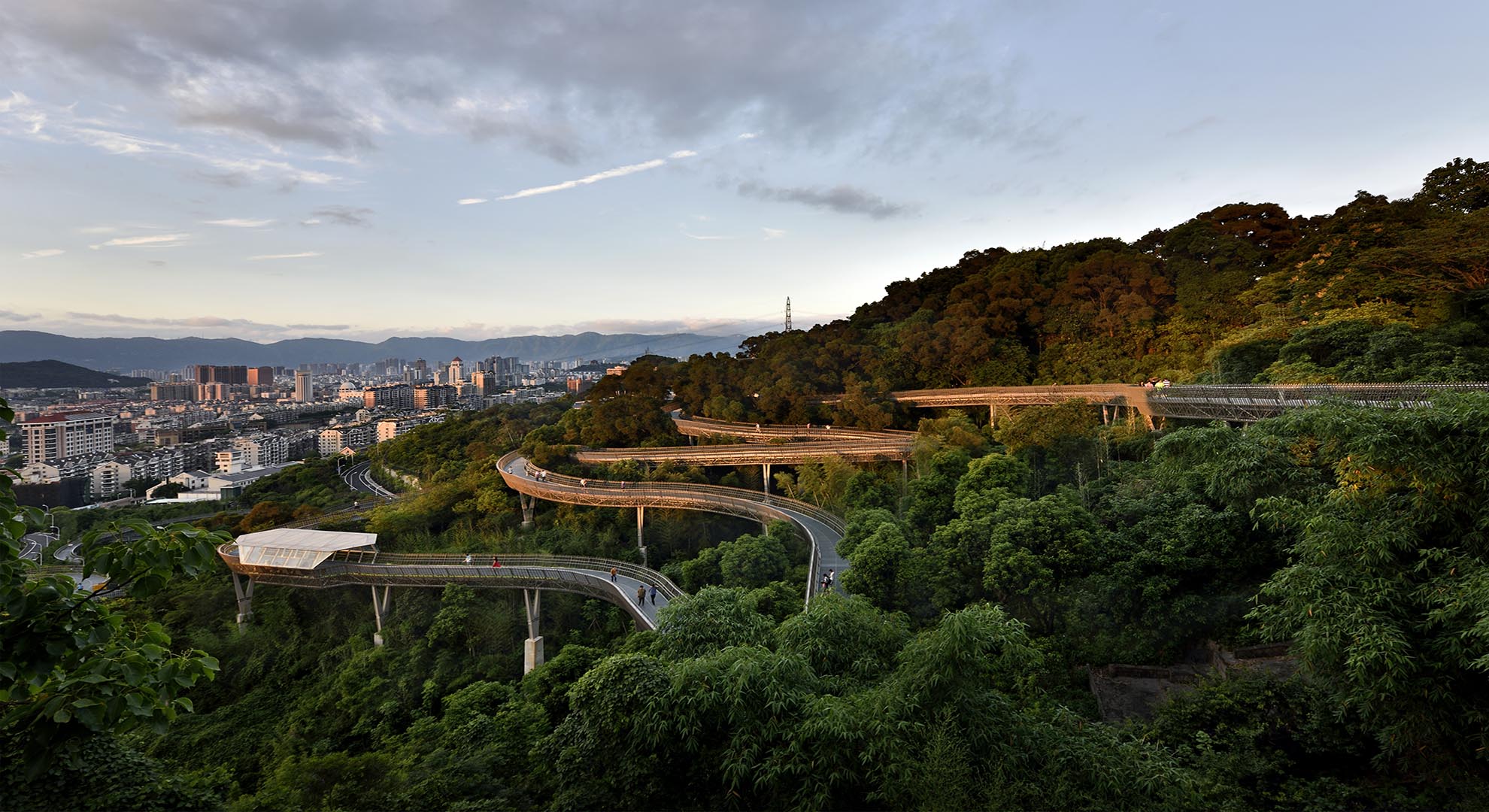 On June 13, 2019, Loh Kin Kit of LOOK Architects, presented the lecture Caring Transitions for Social Good in the Roca Barcelona Gallery. In this interview he talks about the ideas behind the work of the Singapore-based studio, and how these ideas have materialized in a series of public landscape works focused on pedestrian movement systems that encourage healthy lifestyles and seamlessly integrate sports into landscape.

You are representing LOOK Architects, let’s start by talking about your office.

LOOK Architects was cofounded by Look Boon Gee and Ng Sor Hiang in 1993. During this time we have carried out a lot of projects, with the most recent one being the Fuzhou Trans-Urban Connector. One of the reasons I joined the firm is because of my interest in building interesting spaces for people, especially public space and urban design. LOOK Architects is quite well known for doing public projects in Singapore.

What are the values and philosophy of the office and what motivates you as architects?

We are interested in social architecture that people interact with everyday rather than architecture as objects or sculpture. In Singapore, we don’t really have the experience of monuments that need to be preserved. It’s more about public centers, communities, schools; the kind of projects that influence the way people live, rather than just stand-alone buildings.

Is the Fuzhou Trans-Urban Connector (Fudao) a public or private project?

It’s a public project. We had already finished the Alexandra Forest Walk in Singapore in which the officials from Fuzhou were very interested. The Fuzhou City Government had been quite imaginative in terms of planning and had already come up with interesting ideas, so we took on the urban design of the project and brought it to reality.

What are the ideas behind the project?

The project is in the middle of Fuzhou on Jinniushan Mountain, which is surrounded by the historical district. We identified the mountain as this place where we could have an elevated walkway, across the forest, to bring together the two sides of the city. Before, the mountain was dividing the city, making it hard to get from one side to the other in an easy and accessible way. So now it has become a connective green space that provides all kinds of amenities to the residents. It transforms the mountain forest into an everyday place, a park that people can enjoy and where they can walk through the city in a very lush green environment.

From what we understand, no trees were taken down for the construction.

From the beginning, the design strategy was to preserve as much as possible. The entire structure is made of steel and is a modular kit of parts, which made it possible to both resolve the 19-km-long scale of the project and build it very quickly and efficiently. Each module is about 14.4 meters-long and is supported by a single column in a V-shape, which minimizes the impact on the surrounding greenery. There are 10 different entrances and each one connects in a different way with the mountain. Some of them are more architectural, like a building, and some are more landscape works.

People view the city while moving through this beautiful green space, so it’s a way for them to reflect on the built environment and at the same time, get some exercise.

Yes, I think it’s something that gives a sense of wholeness, in the sense that you can see the city you are part of; it’s different from when you are literally inside the city. And I think this is something that fits in quite well with the Chinese mindset, because in China there is this idea of strolling, slowly moving through the space. When we visited Fudao during construction, we would always see people walking, strolling, and quite a lot of elderly people enjoying the space.

Could you elaborate more on how both Trans-Urban Connector in Fuzhou and the Alexandra Arch Forest Walk in Singapore implement this idea of “everyday” fitness into the community?

Both walkways definitely help make an active lifestyle more attractive to city dwellers in both cities and make walking within nature a more enjoyable experience, although the day-to-day experience of each walkway differs. Fudao fits well into a lively local culture which embraces the idea of strolling. When we visit the walkway, we often see locals from around the city enjoying a leisurely walk in the late afternoon or in the evenings after dinner. At the Alexandra Forest Walk, the context differs. The connector is set within Mount Faber Hill Park, a mountainous park and nature reserve, which has become an active recreational destination for Singaporeans and attracts many hikers, joggers and park-goers, particularly on the weekends.

Are you working on similar walkways in other cities?

One of the elevated walkways we have been working on is in Xiamen. It’s different in that it is set primarily within the city itself and passes through a highly urbanized context. The walkway itself will be strung together by a series of pedestrian bridges terminated by a hillside park. Hopefully, it will help bring city dwellers closer to nature.

This interview was conducted by Diane Gray with the collaboration of Vivian Teng. It has been edited and condensed for clarity.