From underwater dining to treetop living, these venues merge architecture and nature in extraordinary ways

The Evolving Consumption of Architecture 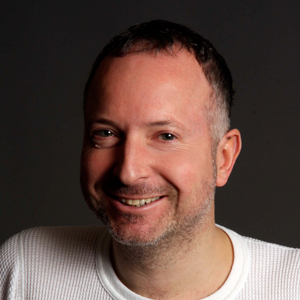 Under, the new restaurant designed by high-profile Norwegian architects Snøhetta, features a 11m-wide, 3m-tall horizontal window that recalls a cinema screen. Yet nothing seen in this luminous rectangle can be watched again. No movies with a clear beginning and end, no films on a loop are shown here. Instead, diners at this underwater eaterie near Høllen in Lindesnes, on the southern coast of Norway witness an ever-changing spectacle of local, richly biodiverse marine life.

Under is an idiosyncratic design—a sloping, monolithic hulk of concrete that looks as if it fell off the rocky shoreline and crashed into the sea. Catastrophic-looking perhaps but it is anything but a ruin: billed as Europe’s first “underwater restaurant,” the 34m-long building doubles as a lab for marine biologists to study fish, specifically their reactions to light. The 40-seat restaurant has subdued lighting while the adjacent seabed is gently lit.

Under is one of several recently opened, extraordinary tourist destinations that appeal to travellers drawn both to audacious contemporary design and untamed nature. Such venues are often concerned with sustainability too.

“This is a new experience,” claims Rune Grasdal, the restaurant’s lead architect. “It’s not an aquarium … It takes you directly into the wildness.” The exterior of the walls have a rough texture designed to encourage algae and molluscs to cling to them, the latter helping to purify the seawater.

Even so, nature is kept at one remove. “If the weather is bad it’s very rough. So it’s a great experience to sit here and feel safe.” Indeed, Under has a half-a-metre thick wall that resists the force of the waves and water pressure. Its interior domesticates nature with sublimated references to it: located 5m beneath the sea, the restaurant has blue and green acoustic panels inspired by seaweed and storm-tossed seas. A champagne bar above it boasts warm pink and orange tones suggestive of shells and sand. Contrary to expectations, the venue’s interior with its soaring ceiling feels spacious, not claustrophobic. Guests also derive pleasure from bespoke furniture and homeware fashioned from local materials, such as ceramics specially created by a local artist using sand from the seabed.

Meanwhile, Milan-based practice Peter Pichler Architecture has dreamt up the concept Tree Houses for a hotel in the Italian Dolomites, which looks like a futuristic fairytale. Its tree houses—part of a growing trend for hotels and cabins among treetops that bring people closer to nature—would have steeply pointed roofs that echo the forms of the surrounding fir trees in a stylised way.

The structures are made of locally sourced, black-stained larch and fir wood to blend in with the woodlands. Their sky-piercing roofs resemble medieval Gothic spires, evoking Nordic fairytales, yet the houses’ largely glazed facades also lend them a futuristic air.

Inside these forest eyries, a lower level houses a living room and bathroom, and an open-tread staircase leads up to the bedrooms with breathtaking views of the mountains—surely the project’s pièce de résistance.

“We believe the future of tourism will be based on the relationship of humans with nature,” say the studio’s architects Peter Pichler and Silvana Ordinas. “The project is conceived as a slowdown form of tourism where nature and its integration of architecture play a primary role.” Each house contains a tank that harvests rainwater, and geothermal pumps, which are used for heating during winter.

Wendell Burnette, Rick Joy and Marwan Al-Sayed have created the otherworldly Amangiri resort occupying 243 hectares in a lunar desert landscape in Canyon Point, Utah. It comprises a gigantic but low-rise complex of 34 cuboid, earth-toned suites on a plateau at the foot of rocky outcrops. Although clearly man-made and severely geometric, the buildings, which incorporate a lounge, fitness centre, spa, swimming pools, an art gallery and library, interact with, rather than dominate, the environment. A vast swimming pool follows the contours of a massive boulder on one side. The houses’ interiors have sliding screens affording panoramic views.

Further south in Mexico, the Solaz Los Cabos resort designed by one of the country’s leading practices, Sordo Madaleno Arquitectos, is also integrated into the landscape while making a strong architectural statement. It is spread across terraces steeply descending towards the Sea of Cortez. Crowning these are geometric structures stacked in a staggered fashion to suggest irregular, organic forms, its rooftop gardens lush with indigenous desert plants. At the foot of the slope are a beach club and several infinity pools. “The peninsula’s extraordinary natural surroundings—its semi-desert landscape in shades of ochre contrast with the deep blue of the sea—provide an ideal context for the construction of a new landmark hotel for the country,” says the architectural team.

While many of today’s visually arresting tourist destinations make flamboyant design statements, it would be unfair to assume that they are purely self-indulgent and attention-seeking. They are also likely to address today’s pressing need for sustainability, as evidenced by Under with its artificial reef and menu, some of whose ingredients are sourced from surrounding waters or fish farms.