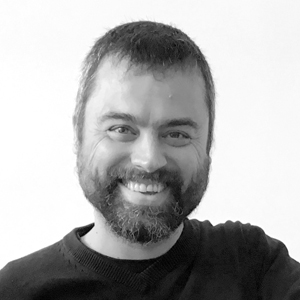 Children and cities will shape our global future. In the current context of escalating social and natural crises (e.g. inequitable distribution of wealth and climate emergency), children and cities offer a much-needed respite and a well-grounded hope for a better future. On the one hand, cities—and specifically complex, compact, dense and mixed cities—are almost universally hailed as the most sustainable way to articulate exploding demographics with limited resources. On the other hand, children are future citizens who will soon be in charge of navigating a wickedly perplexing Spaceship Earth.

Nelson Mandela said that “there can be no keener revelation of a society’s soul than the way in which it treats its children.” Unfortunately, today, this usually translates into chaperoning children into adult life as quickly as possible. In the face of an education system that is mostly a machinery to fast-track childhood into productive tax-paying adulthood, we claim that we should not teach our children so much as we should learn from them. Children are not only future adults; rather, to follow Dr. Seuss, “Adults are just outdated children.”

A clear example of how society as a whole can learn from children is embracing play. Play is a fantastic laboratory for life. Play’s self-set rules and restrictions allow us to explore outside the bounds of our comfort zone and current knowledge. Play establishes a framework for radical exploration, celebrating openness, welcoming the unknown, embracing complexity and creatively reacting to chance.

It is a fact that there is a growing interest in children within the design community. “Design for children” is a growing concern, and so it should be. It is desirable for architects and designers to start addressing how to design for children—the implication being that design can contribute to forming autonomous, critical thinking children who will, in turn, become responsible and compassionate future citizens. Children are thus beginning to be seen as “clients,” which is a refreshing change in our adult-driven society.

However, we often forget a crucial question: how are we, as adult designers, to establish a meaningful interlocution with these new “clients”? Too often, children’s interests and points of view are taken for granted rather than (truly) heard. Designers need to step out of their business-as-usual mentality and find ways to generate instrumental, conceptual and mental bridges with children. One of the ways to do this is by using play to sidestep paternalistic power relationships and generate a safe space devoid of preestablished hierarchies, where designers can truly listen and react to children’s worldviews—and vice versa. In a nutshell, we need to “design for children,” but, even more so, we need to “design with children.”

The images display a few case studies of attempts at designing with children.

Imaginary Weird Things Book is the result of a cocreated graphic narrative between a 10-year-old girl and an adult artist. It is a dialogic setup that explores imagination and uses a modified exquisite corpse format to establish a creative link between adult and child. The processual nature of the experiment allowed for an inextricable relationship between drawing and speech, to the point that the book’s narrative is not predefined but appears in the making, as plastic gestures that suggest oral narratives: as the girl said, “we were just painting and then we could find the story in the drawing.”

Ruxobeda and Barbican Drift are two urban dérives that were subsequently collaboratively mapped by children and adults. Ruxobeda is an imaginary city made up of recomposed fragments of Bordeaux. These fragments were identified in situ by children (a 9-year-old girl and an 11-year-old boy) as recognizable ambiances, e.g. parts of the city with a specific feeling or mood, cut out from a conventional map of Bordeaux and later reconfigured—by the two children, an adult writer and an adult architect—in response to the embedded narratives of each “neighborhood” mood.

Barbican Drift is a fully functioning Minecraft game designed by a 13-year-old boy based on a role-play dérive enacted in the Barbican Estate in London, with the boy as a self-appointed game-master and two adults and a child as participants. The game is an intricate platform-labyrinth and its objective—as in the dérive itself—is to find a hidden dragon’s egg. The experience of both the dérive and the Minecraft game enriches the perception of the actual cityscape and endows it with endless possibilities, turning passive urban inhabitants into active citizens.

Rovira is a proposal by a 12-year-old girl to turn a public square into a playground following conversations with an adult designer and visits to innovative playgrounds in Barcelona. Avoiding conventional enclosed playgrounds, urban features are seen as opportunities for play (e.g. benches, lamp posts, playable car) and new civic relations (e.g. slides from houses to the square). Moreover, the sectional richness of the urban milieu is stressed in the extensive appropriation of the ground floor, further enhanced by surface operations (e.g. sandpit, trampoline), and the whimsical world of the treetops.

These case studies on architecture for children shed some light on ways of radically implicating children in the process of understanding and transforming our shared environment. They show that children are not only end users but active coauthors of the design. Exploring child-adult interaction in architecture and design is a highly relevant and timely topic, and a necessary step on the path toward building a fairer society. Beyond their role as shakers of adult consciousness (e.g. Greta Thunberg), children appear today as a beacon of hope for humanity’s future because of their ability to understand their surroundings and transform them through play. Perhaps it is high time for adult architects, urbanists and designers to heed George Bernard Shaw’s famous statement—“We don’t stop playing because we grow old; we grow old because we stop playing,”—and start playing.

El Núvol is an academic initiative using what was learned through multiple children-adult cocreation experiments to explore novel ways to address urban design. Over the course of two years, two adult architects and 25 master’s degree students designed a complete board game and used it multiple times to generate urban scenarios for the adaptive reuse of a Barcelona industrial estate as a vibrant mixed-use neighborhood. Occasionally used in academic environments, game-based design formats, although rare, are not unheard of in high-end (Bernard Tschumi, Stan Allen) or experimental (Chora, Raumlabor) professional practice.