From Competition to Mutual Care

Borders, Frontiers and Limits That are Not Always Visible 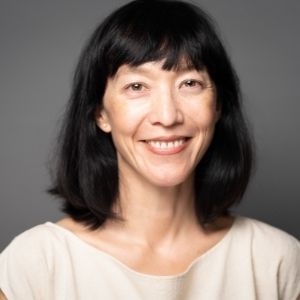 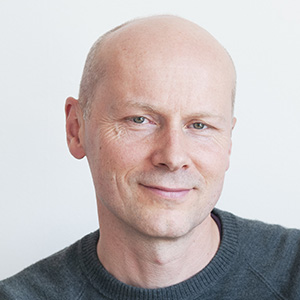 A growing number of people are deeply concerned about our planetary emergency and wondering how we can rise to this seemingly insurmountable challenge. We believe that the necessary changes lie primarily in cultural, rather than technological, transformation, and that this must occur at the level of mindsets—the shared ideas that determine to a large extent how society works. As co-authors working in the built environment, we see these shifts as essential to the evolution from “sustainable” to “regenerative” design and development—an increasingly acknowledged yet still under-debated area of thought and practice.

A reappraisal of outdated metaphors about survival through competition, and of human’s innate nature, has created an intellectual space for imagining a new way of living based on care and collaboration. One of five key mindset shifts that we describe in our book Flourish: Design Paradigms for Our Planetary Emergency, Symbiogenesis conceives of design as a fundamentally inclusive, negotiated and co-creative process that can generate new structures and ways of living. To achieve this will require not just a change of perspective for design teams but also a rethinking of design training, styles of collaboration and forms of governance.

In order to design our places, cities, and infrastructure in the new Symbiogenetic paradigm, we need to transform our professional norms. In our view, this means a transition from the old role of designer as lone Critic-Consumer to one of collaborative Conductor-Citizen.

Too much of built environment culture appears to be stuck in the old Darwinian tropes of mutation and survival of the fittest. When designers are conditioned to approach the world as Critics, we look for things to compete with or complain about, rather than to contribute to or help to change.

This begins within the often brutal culture of universities, where students are expected to spend most of their time in the studio, pay fees disproportionate to their future earning potential, and wear their sleep deprivation as a badge of honor. Upon graduation, designers become distracted by the degenerative industry structures of the design competition to win new work, or at least “exposure” and its cousin, the design award, often a shallowly concealed marketing exercise, whose ranks seem to proliferate each year in search of sponsorship monies.

In theory, these competitive formats allow new talents and new ideas to emerge into public view. In practice, they enforce a working culture that is extractive and exploitative, a continuation of sleep deprivation culture—which science tells us is actually detrimental to creative thinking— and which transfers much of the cost of new ideas to the designer (or design team), who are often asked to pitch for free, against stacked odds of success, and encourages individuals to see one another as rivals. It is common for architectural practices to spend a third of their time pitching for work. This wastes people’s creative energy, which may well contribute to cynicism, disillusionment, and talent leaving the profession.

Another degenerative trend in design culture is the tendency towards design-as-consumption. As a process, this takes the form of derivative, placeless designs synthesized from image aggregators such as Instagram and Pinterest and sites like Dezeen and Architizer. As a role, this takes the form of designer-as-specifier, reduced to selecting materials from a set catalogue of products or styles. In both cases, the consumer-designer voluntarily reduces their agency to that of the image-maker or the shopper, rather than expanding their area of possible impact.

Fortunately, we can also find ample green shoots of the regenerative alternative: symbiogenetic approaches to systems of design culture. There are plenty of attractive alternatives to competitions as a way for studios to build their portfolio. For example, professional initiatives in service to a civil society, such as The One Plus program, started by Public Architecture in California, which matched design firms with nonprofit organizations in need of design support.

We can also find regenerative models of design awards, which choose to invest rather than exploit: prioritizing building community, growing capacity, and sharing a body of knowledge over marketing and sponsorship income. An exemplar in this respect is The Aga Khan Award for Architecture. It is notable for its commitment to building an interdisciplinary community of practice and body of knowledge around excellent architecture and urbanism in service to pluralistic communities that include Muslims. We might also call those who engage with these symbiogenetic structures Citizen-Designers.

These positive new models suggest that we should call time on the idea of the designer as a lone genius in competition with others and that we should acknowledge the connection between creativity, place and community. There is a romanticized notion that great ideas come to certain individuals as flashes of inspiration and get sketched on the back of an envelope before being turned into reality by an obedient team. That may be an effective way to design monuments that serve a simplified purpose, but for nearly every other aspect of the built environment, it’s a woefully outdated way to approach a task as complex as designing a new neighborhood, living landscape, or transport system.

Benjamin Zander has spoken eloquently about how those in his profession, music conductors, don’t make a sound and depend instead on their ability to make other people powerful. Could built environment professionals aspire to the same degree of focused cooperation and see their role as unifying the best results of a group’s individual efforts into a cohesive and beautiful whole as a Conductor-Designer?

What does this mean for you and your collaborators? Will changing how one design business operates make a difference? As the organizers of the People’s Climate March put it: “To change everything, we need everyone.” We need the full diversity of our societies represented and in sufficient total numbers to bring about meaningful change. Erica Chenoweth’s work has found that when 3.5% of a population become actively involved in a cause then change becomes almost inevitable. Given the scale of the problem, the seriousness of the current impacts to many, and possible end result for all, who would not want to be involved?

Main image: Design for planetary health will integrate nature and culture. For the village of Hengkeng in Zhejiang China, DnA Architects designed a multipurpose natural stage, which hosts a range of activities from local opera performances to meditation sessions. Inspired by a story from history, the dome is constructed of living bamboo; over time, new shoots are interwoven and old poles removed from the existing structure. Photo © Ziling Wang