On the border of San Diego-Tijuana 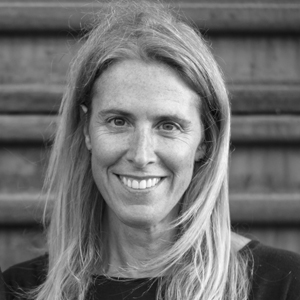 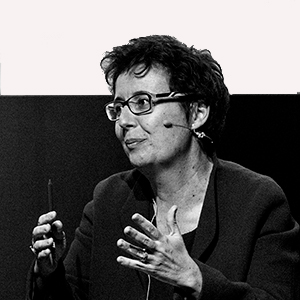 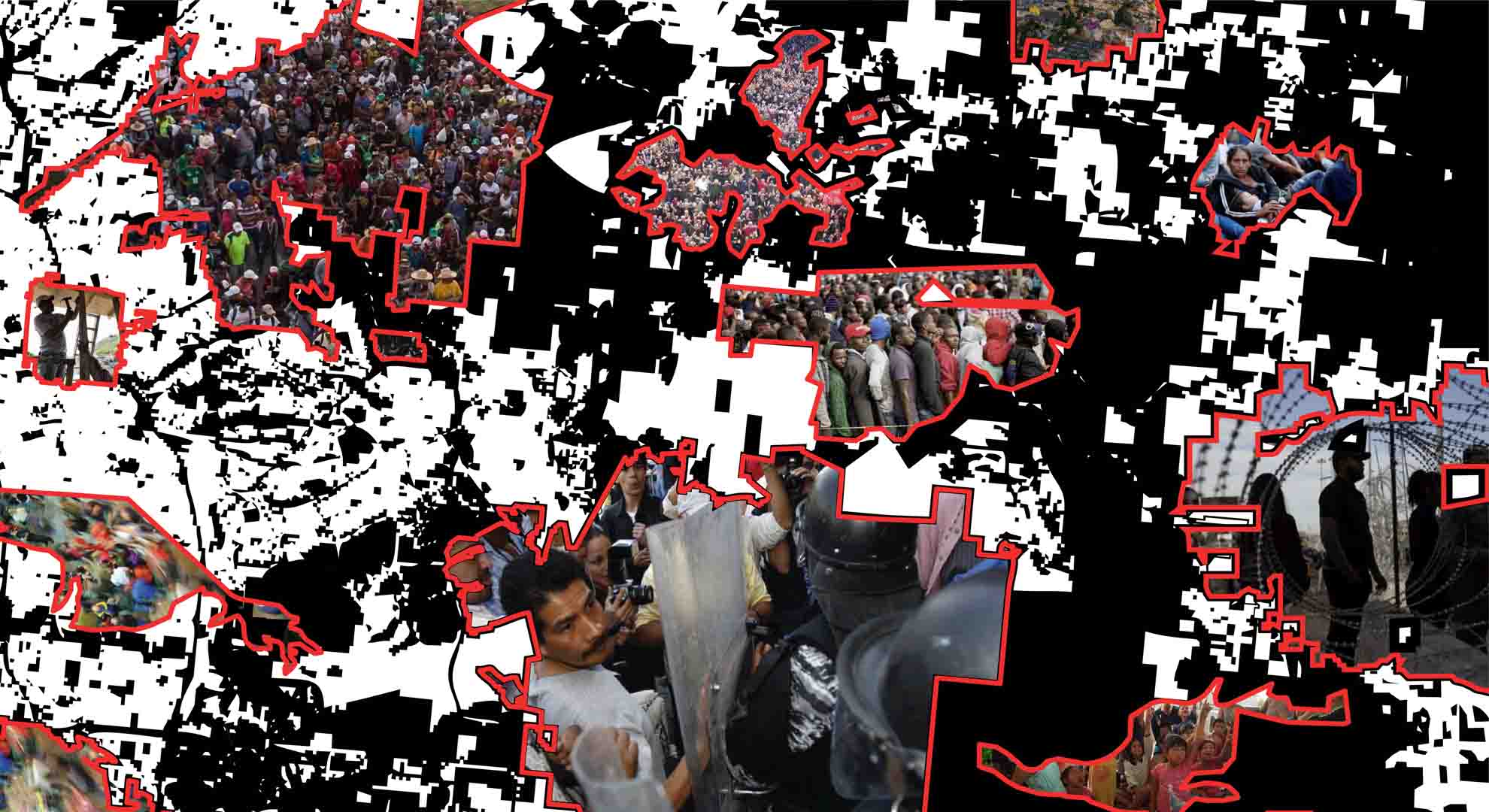 Estudio Teddy Cruz + Fonna Forman is a research-based political and architectural practice in San Diego, California investigating issues of informal urbanization, borders and civic infrastructure. In this interview, they talk with architect and urban planner Maria Buhigas about their work in the San Diego-Tijuana border region and beyond.

Maria Buhigas: Much of your work is about bringing to light situations of marginalized migrations by constructing and carrying out bottom-up processes. How does this define your work in terms of your teaching and your practice?

Fonna Forman: We’ve always been interested in intervening in the city and in sites of conflict at the level of narrative, norm, habit and perception. If we take climate change as an example, people are becoming increasingly invested in this problem because they’re experiencing the impacts … this could happen on your block next week, this could happen to your children tomorrow. We’ve been trying to do something very similar here on the border of San Diego-Tijuana by helping people understand ourselves as a bioregion and how deeply we are interconnected, ecologically, environmentally, economically and culturally, so that people begin to see themselves as part of this dynamic and that we’re all invested in what happens at these border zones.

Teddy Cruz: For us, the narrative is also about rethinking the top-down, we think of our practice as intervening in that interface or that gap between the top-down and the bottom-up. For a long time, we’ve been working on how to elevate and visualize the practices of solidarity and the hidden value of informal urbanization in migrant neighborhoods by arguing that a translation of that creative intelligence could be a way to rethink top-down institutional policy, land use, and zoning into more inclusive environments.

MB: In this bottom-up approach what is the role of the public administrations on local, regional and national levels? What do you expect from them?

FF: We think it’s very important to engage policy makers and one of the ways we understand our practice is facilitating movement of knowledge and resources between the bottom-up urban processes that we study and the policy makers who don’t really understand this informal activity in the city. We’ve always seen ourselves as mediating between these two energies, these two dynamics.

TC: In the collision between public and private priorities, the understanding of reciprocity and the essential role of citizen culture has been eroded. Education becomes very important because social justice depends not only on the redistribution of resources, but also on the redistribution of knowledge, which implies cross-institutional and cross-sector synergies. When we talk about engagement, we need to think about how we speak to each other; how we advance a new political language; how we can intervene in public opinion and the transformation of mythologies. It’s about elevating communities, which requires rethinking subsidies and revenue, and the type of support systems that can come from institutions.

MB: How do you see your work in informal contexts that are not necessarily border situations? What lessons, what examples, what experiences do you think can be useful for these informal spaces?

FF: One thing that has become clear to us over time is that the border is reproduced psychologically throughout the region, on both sides of the wall, so the border has this radiating effect and it lives inside all of us very differently. For us, this region is a kind of microcosm of what it means to live with a border that’s affecting so many dynamics in our lives, but we also see this reproduced in cities everywhere, visibly and invisibly. I think that’s why our work at this border has resonated for people who are working in conditions of struggle and informality and communities who are kind of stealthfully navigating scarcity in areas of the world that aren’t divided by a physical border, but are divided by all kinds of economic, racial, ethnic and psychological borders.

TC: And this is why we have always understood that it’s also a microcosm of the many other global conflicts, amplified by the fact that California, one of the wealthiest states, is less than 20 minutes from some of the poorest informal settlements in Latin America. We argue that architects and urban thinkers should really understand conflict itself as a creative tool. We need to visualize what produces that conflict and understand the conditions that produce that conflict—not only here but everywhere—as materials for design, as materials for engagement. That’s the reason informality becomes a device. The idea behind the political equator map was to create a cartography of practices that are embedded in those conflicts, not only in border region checkpoints like ours, but also those embedded in the city, engaging urban borders across issues such as inequality and urbanization.

MB: How do you deal with the apparent contradiction that is established when proposing permanent infrastructures in response to temporary conditions? In this sense, I’m not only talking about physical permanence but also a sense of belonging to a transitional place.

FF: When we talk about permanency we’re not talking about it necessarily in spatial terms. We are thinking about how to move from a transitional mentality where migrants are understood as interlopers and a problem to a more inclusive way of thinking about how to integrate them into the city long-term. And so for us, that’s translated into looking at the conventional migrant shelter less as a kind of transitory holding station, but more as a place with programming and mechanisms to welcome the migrant and her children into the city.

TC: This is something we have been discussing a lot with our partners in Tijuana because not only have they been defending the rights of the migrants to migrate, but now, when they cannot go anywhere, they need to be given options and the right to remain, if they choose to. And this really takes us beyond hospitality. We need to transform the city and ourselves with the migrants and, yes, it would require completely reorganizing the city and what citizenship means. The ultimate lesson we have learned from our engagement in Tijuana is to speak of participatory infrastructures, physical frameworks that support transition. And maybe it’s not necessarily from the ephemeral to the permanent, but from the ephemeral to a sense of becoming that might be unpredictable but nevertheless invested in that transition.

MB: How do you see the future of the situation in the San Diego-Tiujana region? Are you optimistic with the recent change in the White House?

FF: We are more optimistic because the narrative out of Washington and the way that is percolating through the institutions is more positive. But it’s a very tempered optimism because tens of thousands of people are sitting at the wall right now waiting for asylum that isn’t coming. Climate change is only going to intensify these flows in the future. A recent UN survey showed that 72% of the migrants arriving at our southern border are from the agricultural sector. Increasingly they can’t grow their crops so this means the nature of migration is changing. They are not just escaping violence and poverty, they are also escaping agricultural instability in Central America, which makes all these things worse. Climate change is a threat multiplier, as they say. On the other hand, this statistic suggests that a pretty large segment of them are also skilled in agricultural work and many of them are educated in other spheres. So going back to the idea of constructing a new narrative, one of the things we’re working on is how to change public perceptions about the role of the migrant and how the migrant becomes an asset to the city.

TC: In our work we have always expected that a new political leadership could emerge from regions of conflict that advances empathy as a political tool. I think that maybe the new administration will propose this to be the operational framework in terms of restoring levels of solidarity and mutual understanding, as well as investing in marginalized zones and the social safety net, which can also be an agent for economic growth. In our investigation of informal bottom-up dynamics we’ve seen the positive impact of immigrants transforming American neighborhoods and the informal settlements in Tijuana, which is a way to move from a more monocultural and homogeneous idea of planning to something more pixelated with social and economic complexity. This all needs to be mediated and translated but we see a kind of DNA embedded in these situations that enables us to reimagine the city, not only here but in many other places.