Reconnecting the people of Oslo to the fjord 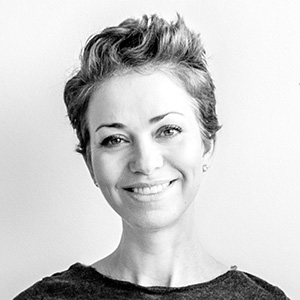 In the unusually warm summer of 2018, I found myself walking on steaming hot streets in Oslo. I really needed to cool off, and realized I was not far from the City Hall waterfront. I moved towards the pier planning to splash my feet in the water for a while. But as I reached the border, I could see that the waterline was about a meter below me. I reached my foot out as far as I could towards the surface, but there was no way I could touch it. I searched for a staircase, a ladder or something that would bring me closer to the water, but there was nothing to be found. I was almost desperate. So close, but still so far away…

A watery way of life

My mother grew up in Hardanger on the west coast of Norway, surrounded by mountains, glaciers and waterfalls. My father grew up on the opposite side of the country, on the south-east coast in a waterfront industrial city called Fredrikstad. Their summers were typically filled with swimming, fishing and sailing; their winters with skiing and ice-skating. Water and snow ran in my parents’ nervous systems and was anchored in their genes. The house I grew up in was only a short walk from the beach, and we had a little boat in the village harbor that we took out on weekends and sunny afternoons to sunbathe, swim in the ocean and play in the shallow waters until the sun went down. I would fall asleep as my sea salted head touched the pillow. Nature was accessible all year round, as it has been for most Norwegians, as an integrated part of everyday life.

In the mid-90s, I moved to Oslo to study. I remember Oslo as a gray and polluted city: concrete, asphalt, cars, and noise fill my memories. Of course we had a few green parks, but I had no feeling of Oslo as a waterfront city. I could rarely see the fjord and there was no ocean smell like the one I grew up with. No sounds of boats passing by—except for an occasional honk from a cruise ship in the distance. I knew the water was out there somewhere, behind the containers, the industrial buildings, the ships docking by the pier. But the water’s edge felt privatized and unwelcoming.

The revelation of the Opera

When the Opera opened in Bjørvika in 2008, it became the first “missing link” connecting the people of Oslo to the fjord. Finally, we had access to water in the center of our city. The building quickly became immensely popular among both tourists and citizens. 2008 also marked the City of Oslo’s plan to start the Fjordbyen (fjord city) initiative. Fjordbyen has been the city’s most important urban development project in decades. The Harbor Promenade was one of the most significant strategic projects under Fjordbyen, –which now links Frognerkilen in the west to the mouth of the Alna River in the east through a 9-kilometer continuous public space.

Instead of presenting a specific design solution for the entire stretch, the strategic masterplan called for the use of test beds. These test beds were an important tool for testing and analyzing small and temporary projects along the Harbor Promenade, which has resulted in a wide variety of transformation projects, increasing the use of the waterfront and creating a more democratic urban environment.

Looking over the blue ocean provides peace of mind. Even the sound and sight of water makes our blood pressure drop and make us feel happier and more relaxed. Being close to water affects our brain and nervous system, lowering blood pressure and decreasing heart rate. The sea in Norway is usually quite cold all year round. However, swimming in cold water boosts circulation, reduces inflammation, and recharges the body. The alternation between hot and cold is a healthy way to boost the system, relax muscles, and strengthen the body’s immune system.

Since the transformation of Oslo’s waterfront began, ice bathing and floating saunas have become a popular activity across all ages, and several new saunas have surfaced along the waterfront. In 2015 the people of Oslo finally got a proper, large-scale bathing spot in the city center at the Sørenga harbor bath, a new pier and city beach at the south end of a residential development near the Opera. It has been overwhelmingly popular, clearly something that the citizens in Oslo really needed. What a gift!

I used to think I would have to move back to my hometown to get that day-to-day relationship to water. But last year, Oslo was the European Green Capital 2019, and the city has truly proven that it is serious about becoming a sustainable and attractive place to live. In green, there is always blue. The promenade, the sea bath and the saunas are one step on the transformation path to a bluer future city, but speaking as a local citizen, we still need more access points so we can splash our feet on those hot summer days. With another two decades of planned transformation in sight, I have high hopes for the city that my children will grow up in.

The soul of a small village manifested in the body of a big city? I’m diving in!