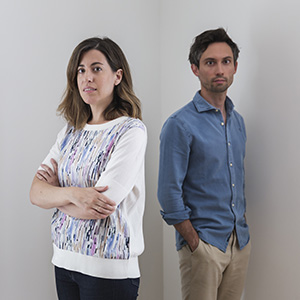 Marta Urtasun is an architect who studied at the Universidad CEU San Pablo. She finished her studies with a distinction in her Final Project, titled “the restaurant dreamt by Juan Mari Arzak”. She has participated as a speaker in numerous courses, seminars and conferences and she is currently a professor of the Master’s degree in Gastronomic Spaces at the UPV in San Sebastian, while also teaching at the Universidad San Pablo CEU. She is co-founder with Pedro Rica of the architectural studio Mecanismo, based on the production and execution of projects, systems and products related to design and architecture. The study is currently based in Madrid and San Sebastian.