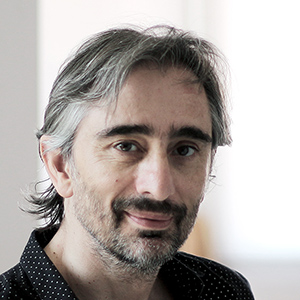 Martín Azúa is a designer from the Basque Country who has been based in Barcelona since 1994, after studying Fine Arts at the city’s university. He combines his professional work as a designer of spaces and objects for important companies with a work that is more theoretical. He belongs to a category of designers whose experimental methods form part of the design process. One of his most famous projects, known as the Casa Básica (Basic House), forms part of the permanent collection at the MOMA. He is particularly interested in natural processes in everyday lives and use of natural resources in order to safeguard diversity. Azua has received many important awards, including the FAD Prize of 2008, and the AD Prize for best designer of 2010.