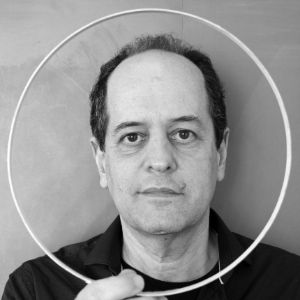 Angelo Bucci is an architect and teacher. For 30 years, he has divided his time between professional and academic activities, which has defined his approach to design projects as opportunities to investigate new possibilities. Since 2001 he has been a professor at the School of Architecture and Urbanism, University of São Paulo (FAUUSP) and in 2003 he founded his office SPBR. He has been a visiting professor and lecturer at numerous international universities throughout Latin America as well as at MIT, ETH Zurich, and GSD Harvard. In 2011 he was named honorary fellow of the American Institute of Architects (Hon. FAIA). His work has been published and exhibited widely and has received numerous awards.