Can humanity solve its stalking planetary challenges with the help of Big data? 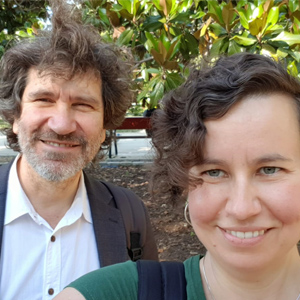 Along the 20th century, the human agenda was absorbed in a theoretical and practical discussion about the way of organizing human societies, resulting in confrontational models, ideological silos and extreme violence in terms of wars and guerrillas of all kind.

During the debate, laboratories and research centres kept on working on scientific and technological developments which were gaining momentum since few centuries back. This process was considered, despite its power, as subsidiary to the ideological controversy. The rattle from debates and confrontations quieted down progressively due to the unleashed machinery’s roar which was able to extend itself throughout the planet, setting itself up as a sort of second nature, trespassing borders and social hierarchies. It was the rise of the Internet age. It wasn’t the revolutionaries but the scientific and technological disruption which performed the great revolution setting a new order for all our assumptions and principles.

Having reached this point, the question to ourselves is whether humanity is able to manage this process or has it created an autonomous mechanism which neither countries, nor enterprises, nor citizens are able to control and lead.

By creating this so called “digital” parallel reality –although this term will be obsolete when the off and on fusion takes place–, we have partially moved in it to live, with a forked identity. The on side has perfect people, happy cities, open innovation and, above all, a source of data and information on end, which we, by the way, don’t know what is for nor how to manage it. The old fashioned political mapping has limited boundaries because it only reflects the shrinking power of the states not putting a limit to the economic powers, nor demographic flows and even less to the coronary system of the vital infrastructure of the planet: energy and data.

The great technological revolution is gaining momentum and is becoming the main story at the beginning of the 21st century. The main political discourses crumble, lacking the power to give an answer to the global problems and derive in a populist planetary-scaled wave. The governance remains shared between different actors, among which central governments are outraged by the “tankers” of the 21st century: the big data empires.

Before we completely surrender to the techies, delegating decision-making to algorithms, it should be noted that in our 4.0 World there is another whole set of changes such as “going back to”: regaining the human scale in the cities, respecting the life cycle of raw materials again, embedding the circular concepts rather than infinite linear progress. Here is where local governance reappears, with innovations from town halls, businesses, cooperatives and from citizens who dare give a try to bottom-up initiatives in promoting self-managed projects. We could give particular examples of Madrid and Barcelona in which big steps are being given towards the humanization of urban areas, such as the pedestrianised Superblocks, sustainable transport networks, and where local people organize themselves to create common services for their neighbourhood’s important needs such as housing and education, among others.

But, who has enough power nowadays to give an answer to our planetary challenges concerning the apparent ecological collapse, biotechnological and technological challenges, cyber security safety and nuclear security? Historically, humans answered big questions with big speeches of religious, ideological or scientific nature. Religions created gigantic and powerful institutions that, on the other hand, are incapable of solving global challenges. Political beliefs derived towards the creation of modern nation-states, which from the limited nationalist outreach also don’t tackle the planetary problem. And although the scientific community’s speeches have the greatest world spread consensus, they remain scattered, lacking the ability to act.

So, must we therefore scale-down to see if we find the solution in small groups? Undoubtedly, the scale is important and it is easier to define, bond and carry out a local project. Therefore, cities have always been laboratories to experiment social, technological and political innovations. Just like a human being, a city can be covered with sensors to monitor its health, measuring pollution, level of noise, temperature, rain, and so on. By monitoring cities with smart tools we can apply the correcting procedures, cutting down the use of vehicles, controlling the levels of acoustic and light pollution, managing green areas by automating watering systems and also introducing interactive and collaborative tools for each citizen to be informed and be able to contribute to improving their environment. And as cities are in continuous growth, it is only needed to incorporate new inhabitants to these green, healthy and smart neighbourhoods.

Heading to a big data based global community

So far, utopia. Unfortunately, cities are the scenario of dismal social inequalities in which smart remedies, participation and self-management solutions are still incipient low impact projects. At a local level, improvement project strategies can be set up relatively easily but their reach barely transcends a limited territory, only serving as an example to be followed. The answers to these global challenges we face in the 21st century cannot be fitted at an urban or national scale. If not even Facebook has been able to create a global community, who will be capable of doing so? The question remains unanswered.

Meanwhile, there is still hope. The technological tidal wave we are being washed up in is devastating and uncontrolled, but incredibly enough it has given each person a control centre to connect to a global network which hitherto didn’t exist. The anonymous and forgotten characters, those who never appeared in history, now have an access point of their own, a new external “organ” known nowadays as a smartphone, which connects us to a global hyper-reality that knows nothing about borders, races nor walls. The city of the future and its mobility are the attributes of that hyper-reality and our new external “organ” is that big data sensor which gathers and centralizes us. An instrument of command and interaction that opens uncharted ways to achieve the final social fusion for the development of a species and the rise of a new one; with new cities, new mobility and new forms of humanity.

This article has been written in connection with the upcoming conference on The Future of Cities – The Revolution of Mobility in which the author shall be participating, scheduled to take place at the Roca Madrid Gallery next May 29th.

More info: The Future of Cities – The Revolution of Mobility