A Change in the Weather

The Long View on Architecture’s Afterlife 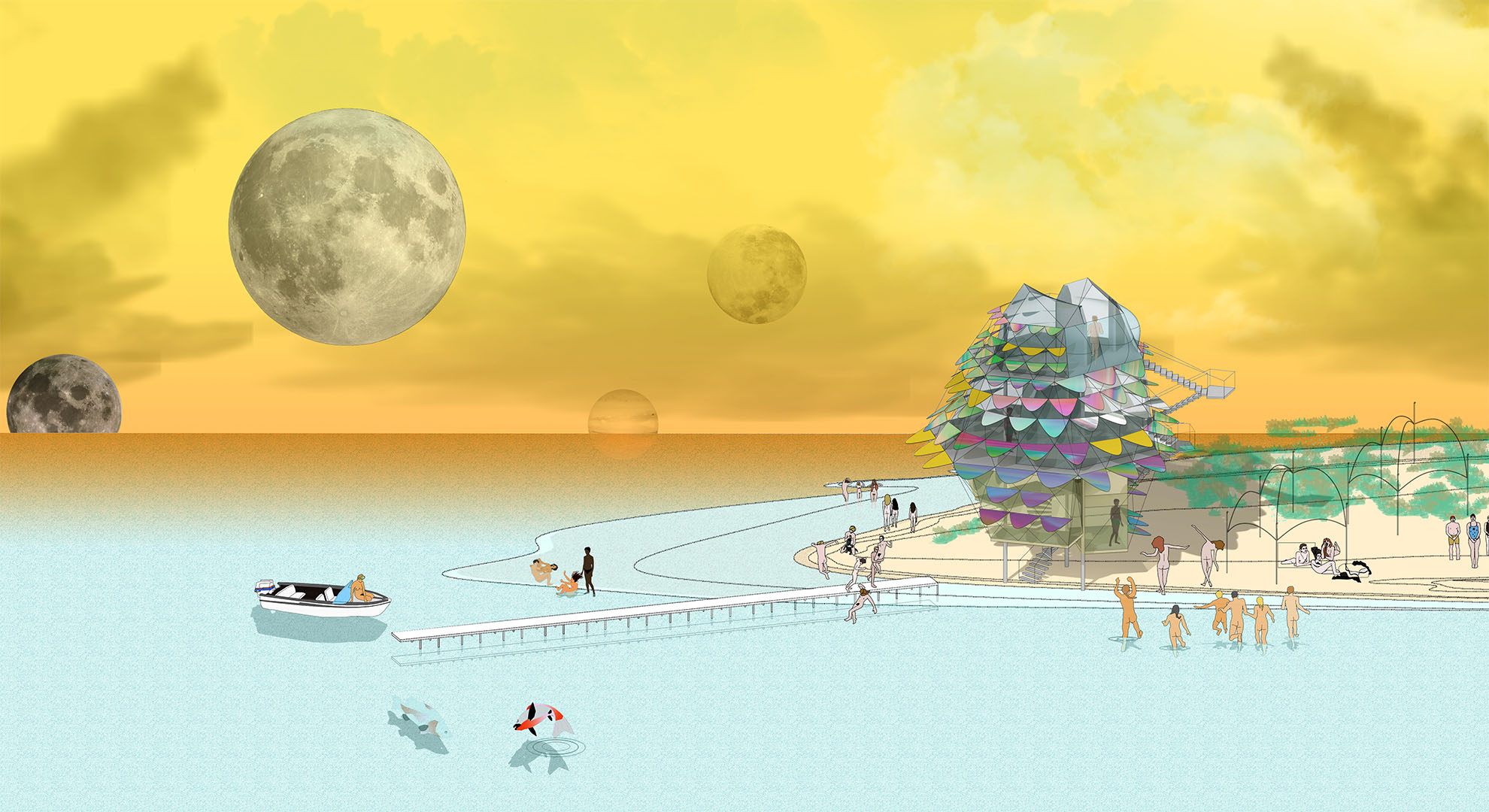 When one speaks of a building’s afterlife, the concept is fairly clear. Considering the endurance of materials to time and wear, or the adequacy of spatial design to post-occupancy, one addresses how the conception of architecture stands up against the trials and tests of real use. If, however, we want to speak about the afterlife of architecture as a more general concept – as a profession, a form of knowledge, or a set of disciplinary tools that help create the human environment – then we must open our minds to a wider set of ambiguities.

Consider paradigm shifts that are all but immediately obvious; think of the birth of perspective and its unexpected influence in the imagining of the Baroque city. Think of the invention of the fridge and how it directly triggered the rise of the 20th century suburb. Today, we are able to speculate on how the conjunction of automation, artificial intelligence and digital technologies will impact our inhabitation of cities, homes and workplaces. But more urgently we can also ask ourselves how will sustainable architecture endure and retain relevance in face of dramatic alterations. These come in the shape of a myriad of effects produced by ecological distress on a planetary scale, and are only now slowly creeping into our collective consciousness.

If you are alert, you cannot avoid being bombarded daily with some new dire consequence of global warming, widespread pollution, extreme meteorological events or, of course, that always ‘doubtful’, possibly ‘fake’ phenomenon of ‘climate change.’ Consider how wildfires and severe drought seem already ‘so last year.’ Some weeks ago, it was a succession of whales choking on plastic. The week it will be something else. Today, as I write, the New York Times published a cover story on the rise of ‘debilitating heat’ in South Asian megacities, potentially affecting 800 million people –  which is, for the Western reader, almost double Europe’s population. Curiously, amid attempts to tackle the problem by local authorities, one reported solution was driven by traditional architectural ingenuity: covering or painting the roofs in reflective, white materials, thus reducing temperatures indoors by about two degrees. At a very ordinary, humble level, this is the sort of action that is today arising from a growing ecological consciousness of many artists, activists, architects and designers – was the theme for an ambitious exhibition programmed at MAAT (Lisbon’s Museum of Art, Architecture and Technology) during 2018. In Eco-Visionaries, Art and Architecture After the Anthropocene, we looked for critical visions on current ecological imbalances. But we also highlighted architects and designers who are imagining projects that mitigate existing problems, invent solutions out of available technologies, or reveal humankind’s ability to adapt to shifting conditions. Contributions ranged from Dutch practice Superuse Studios’ internet platform, through which anybody can identify local resources to be recycled into new designs, to the New York-based The Living with their research into biodegradable, zero-emission, organic mycelium bricks. On a more conceptual level, French practices Design Crew for Architecture and Malka Architects probe into new architectural typologies, with the first deploying plants to desalinate water in futuristic factories that provide agricultural irrigation, while the Malka imagine a self-sustaining, moving city that would sow territories plagued by desertification. In other takes, Portuguese architects SKRE look at how biogas production could become an architectural feature at domestic scale, and Spanish studio Andres Jaque Arquitectos tackles water pollution due to oil extraction, while striving to conceive an environment that considers the needs of different species.

This is a time when scientific knowledge on climate alterations and the planet’s disrupted ecologies poses high probabilities of some dark outcomes, from radical global warming and the rise of sea levels to the possibility of another mass extinction event.

In face of such scenarios, one must indeed ask how architecture may quickly shift roles from its generally non-critical contribution to an industry that is still a part of the problem.

Besides, with its huge consumption of resources, it is no news that the building industry produces nearly 25% of the global carbon emissions[i] that aggravate climate change. Beyond greenwashing and the commercial assault on the notion of sustainability, today’s sustainable architecture should then be particularly directed at the ways we spare and reinvent resources, waste, energy, and biodiversity itself. If it wants to maintain and boost its role as a player in the building industry, architecture must find an afterlife in new, creative, and more conscious inputs to the ways we rethink our environment at an everyday level. And, right now, each day counts indeed.

Main Image: Courtesy Jaque Arquitectos, from the exhibition: Eco-Visionaries, Art and Architecture After the Anthropocene