The Living Room as a Window to Society 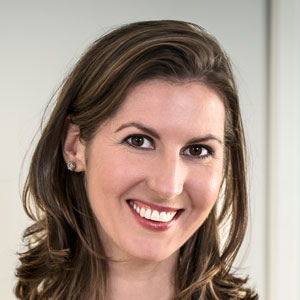 When you think of 3D printing, what do you imagine? Robots inching along pre-programmed paths, miniature models of jet turbines, printed machinery? While 3D printers have been used to make this and more since the 1980s, these applications may soon be joined by a highly controversial future disruptor: 3D-printed construction.

The rise of 3D-printed buildings

“What we’re hoping to generate are entire neighbourhoods that are dignified, at a fraction of the cost, at a fraction of the time, far more safely and with architectural flexibility that would be unprecedented,” says Professor Behrokh Khoshnevis, who is credited with inventing contour crafting. “The walls do not have to necessarily be rectilinear, they can use any kind of curve. Therefore, you can really execute very exotic, beautiful architectural features without incurring extra cost.”

In 2014, WinSun reportedly used four large 3D printers to build 10 detached, single-storey houses in China. The process took less than a day and cost just US$5,000. In 2018, Icon built a 250-square-foot prototype home in Austin, USA. This year, it breaks ground on a 3D-printed community in El Salvador, which aims to reduce homelessness in partnership with the non-profit New Story. And as early as 2019, the first of Project Milestone’s five single- and multi-storey 3D-printed construction in Eindhoven, the Netherlands, will become inhabitable.

On top of these impressive figures surrounding speed and cost-effectiveness, 3D-printed buildings are thermally well-insulated, lighter and potentially stronger than their traditionally-built peers. In fact, Khoshnevis has successfully printed cement walls measuring 10,000 psi (pounds per square inch) in strength – far superior to the average 3,000 psi of most concrete structures.

Our current construction methods produce three to seven tonnes of waste for an average home. In comparison, 3D-printing renders waste material and offcuts almost non-existent. However, the very material that most 3D-printed buildings are made from is also criticised for its environmental credentials.

“Concrete contributes up to 40 per cent of global construction carbon emissions,” says Richard Evans, CEO of Mirreco. Instead of concrete, Mirreco is developing hemp-based polymers to eventually print sustainable, renewable, carbon-storing buildings with comparable speed, accuracy and cost-effectiveness. “Hemp grows in around three months, stores roughly 22 tonnes of CO2 per hectare, and with rapid processing we are aiming to convert this into a building product within three months or less. Our long-term vision is to roll out mobile, solar-powered hemp processing and 3D-printing technology that can be mobilised anywhere with suitable access.”

The International Federation of Red Cross and Red Crescent Societies (IFRC) estimate that one billion people worldwide currently live in slums. By 2030, that number is expected to climb to three billion.

“These slums are the breeding ground for disease, crime, illiteracy and overpopulation,” says Khoshnevis. Today’s construction methods prove too costly, slow, labour-intensive and inefficient to meet worldwide demand for dignified shelter and housing, from slums and refugee camps to poverty-stricken and disaster-affected areas.

In the 2015 second edition of Shelter After Disaster, IFRC head of shelter and settlements Graham Saunders and architects Ian Davis, Paul Thompson and Frederick Krimgold lament the lack of progress. “Shelter and housing reconstruction remains a seriously neglected sector among the NGO and donor community,” write the authors.

“The primary resource in the provision of post-disaster shelter is the grass-roots motivation of the survivors, their friends and families. Assisting groups can help, but they must avoid duplicating anything best undertaken by survivors themselves.”

Like many at the frontier of 3D-printed housing, Evans believes sustainable change is nonetheless necessary. “In a post-disaster relief scenario where flexible, custom-design maintains local tradition, aesthetics and functionality, these advanced accommodation solutions could aid recovery with agility and speed,” says Evans. “Providing robust and flexible emergency accommodation, reusable (hemp-based) sustainable materials could be relocated, re-purposed or upgraded at a later date. In my opinion, any impediment to such endeavours would be unnecessarily compromising.”

“If you look at the history of disruptive technologies, you’ll notice that none of them have had an easy time happening,” says Khoshnevis. Automation of the construction industry ­– just like so many other sectors – is inevitable. The questions are to what extent it will become automated and whether 3D printing will prove to be the ultimate disruptor. There’s no question that the technology’s potential is huge. The real challenge will be to integrate it with empowering, community-led initiatives.

Main image: Concrete is tested in a laboratory setting for the 3D-printed homes to be built in Eindhoven, the Netherlands, by Project Milestone. Image: 3Dprintedhouse